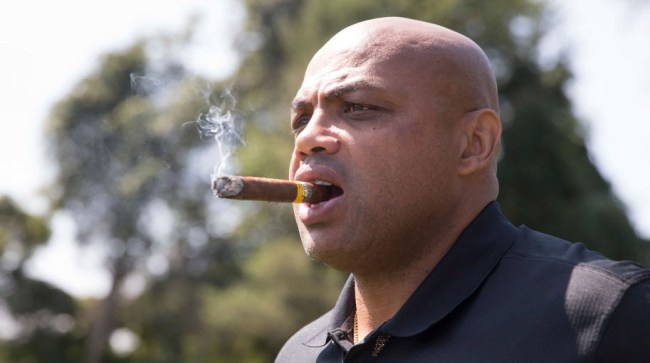 Charles Barkley, who played eight seasons for the 76ers in Philadelphia at the beginning of his NBA career, was in full celebration mode (like everyone else in Philly) after the Eagles’ big AFC Championship win over the Vikings.

“I’m happy for the city of Philadelphia,” Barkley told NBC 10 reporter Aaron Baskerville. “I’ve been here since 1984 and the Sixers have been great a couple of times, the Phillies have won a World Championship, but this is an Eagles city.”

(I am still rooting for the asteroid to win Super Bowl LII.)

Barkley also echoed what pretty much everyone in America was thinking when Carson Wentz went down with a season-ending injury in week 14 — that the Eagles’ season was done.

Sir Charles actually talked to Baskerville for quite awhile, but when Chuck decided he was done, he was done, saying, “I’m tired of you now. I want to go finish getting drunk.”

Funny thing is, this wasn’t the only interview Barkley gave following the Eagles’ win. He also spoke to Philadelphia’s CBS affiliate. Once again, he echoed the sentiment that while the Phillies and Sixers are nice, the city has always been an Eagles city.