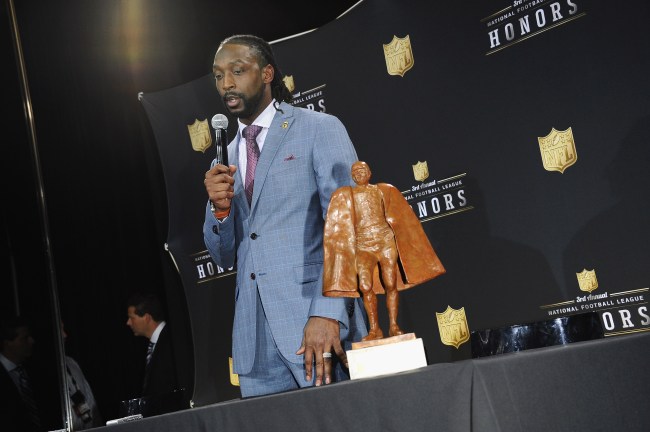 If I have a son, I want him to turn out just like Charles Tillman. Before retiring last year, the former Bears cornerback spent an extremely serviceable 13 years in the league, with his 44 forced fumbles nearly doubling the next closest defensive back during his playing days. His maniacal persona on the field was balanced out by a bleeding heart off the field, evident in him receiving the Walter Payton Man of the Year in 2013 for his philanthropic endeavors.

After signing with Fox to be part of the Fox NFL Kickoff crew post-retirement, the 36-year-old Tillman has decided to try another career change: FBI agent.

A high ranking law enforcement source told the Chicago Tribune, Tillman has been training to join the FBI before his window closes up. FBI guidelines state that prospective candidates for hiring as a special agent must be at least 23 years old but younger than 37 at the time of appointment. Tillman turns 37 on Feb. 23.

Tillman has always had an interest in law enforcement, as he earned a bachelor’s degree in criminal justice from the University of Louisiana-Lafayette before the Bears drafter him in 2003. And, as the Tribune points out, Tillman grew up in a military family, his father was a sergeant in the Army, which is why Tillman attended 11 schools from kindergarten through 12th grade.

Back in 2010, the legendary Bears corner spent eight days on a tour visit with troops in Iraq and Kuwait. He was selected as the winner of the NFL’s Salute to Service award in 2012.

“First-class,” Wannstedt said. “What a guy. Charles Tillman is as good as they come and I had a great time working with him.”

What a fucking boss. Best of luck to Peanut in every and all his future endeavors.