Charles Woodson Thinks Things Will Get ‘Nasty’ Between Packers And Aaron Rodgers, Predicts Rodgers Will End His Career Elsewhere 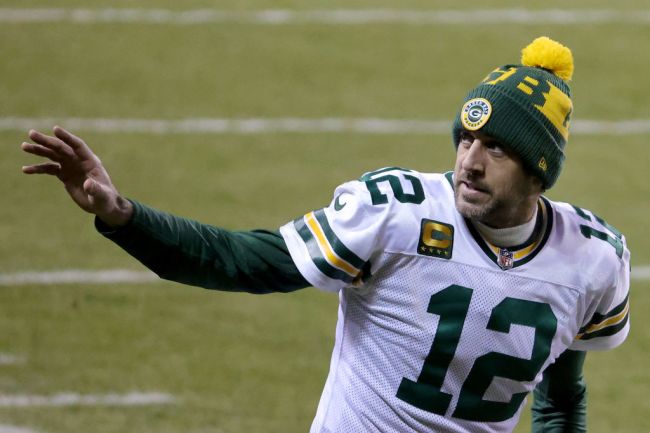 Aaron Rodgers and the Green Bay Packers don’t appear to be on perfect terms and haven’t been for quite some time. Whether they’ll admit it or not, the Packers sent a message to Rodgers by drafting quarterback Jordan Love with the 26th overall pick in the 2020 NFL Draft. You then had Rodgers’ somewhat cryptic postgame press conference following Green Bay’s loss to Tampa Bay in the NFC title game.

While Rodgers has seemingly cleared the rumors about his displeasure with Green Bay and its front office, the dust hasn’t settled around this situation, and former Packer Charles Woodson doesn’t seem to think it ever will.

Woodson, who spent seven seasons with the Packers before ending his career with the Raiders, joined The Zach Gelb Show and gave his thoughts and predictions about what may come of the Rodgers situation in Green Bay. Woodson sees things getting “nasty” between the two sides before it’s all said and done.

“A-Rodg had to be thinking bring me somebody in here that’s going to help me immediately, not somebody that’s going to have to sit behind me for the next two to three years,” Woodson said about Green Bay’s drafting of Love. “I think he ends up ending his career in another place…I think it could be one of those situations where it could get nasty at some point, somehow in a back-and-forth between the Packers and Aaron’s agent. Before you know it, the thing gets blown up. I certainly hope that doesn’t happen, but where there’s smoke there’s fire.”

.@ProFootballHOF and #Packers legend @CharlesWoodson told The @ZachGelb Show that he believes things will eventually get nasty between Aaron Rodgers and the Packers.

Based on the smoke surrounding the situation that Woodson referred to, at this point it would be more surprising to see Rodgers actually end his career with the Packers than not.

Yes, the Packers absolutely do have to look to the future and were going to have to draft a young quarterback sooner rather than later, just the timing of drafting Love last year really threw a wrench into the whole dynamic in Green Bay.

Rodgers still has plenty left in the tank and is signed through the 2023 season, but how things are shaping up, we could be talking about Rodgers’ future in the NFL in a different uniform well before 2023 rolls around.