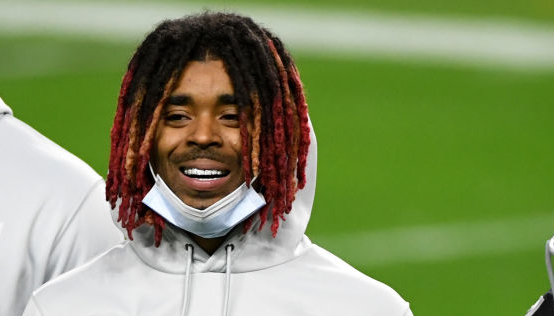 The Kansas City Chiefs are in the midst of preparing for this Sunday’s AFC Championship meeting versus the Cincinnati Bengals. Unfortunately, they may be a bit shorthanded in the secondary due to a recent incident involving one of their reserve defensive backs.

Damon Arnette, a second-year player from Ohio State University, was arrested on Friday night for reportedly threatening a Las Vegas valet with a gun. Upon his release from jail on Saturday morning, the Chiefs have made a decision regarding the future of the young cornerback, and it doesn’t involve him participating in this weekend’s championship battle.

The #Chiefs immediately released CB Damon Arnette after his arrest Friday night in Las Vegas for assault with a deadly weapon, per source.

In all, Arnette was booked on two counts of assault with a deadly weapon, carrying or concealing a gun without a permit, possession of marijuana or cannabis, and possession of a class one or two level controlled substance.

This isn’t the defender’s first run in with the law. Despite having been in the league for less than two seasons, Arnette has been involved in a pair of firearm incidents dating back to his time with the Raiders. In a bizarre social media post earlier this season, he filmed himself waving a gun and threatening to kill a fan. The former 19th overall selection was immediately released from the team following the incident.

The Chiefs picked him up just last week ahead of their matchup against the Buffalo Bills as a way of providing depth in a depleted secondary. It looks like that temporary band aid is coming off sooner than expected.

This will now be Arnette’s second release from an NFL organization on the year. Obviously, he’s a player with potential, based on that first-round draft status. It will be interesting to see if another team is willing to pick up a flyer on the 25-year-old or if these off-the-field issues will end his career before it really gets started.