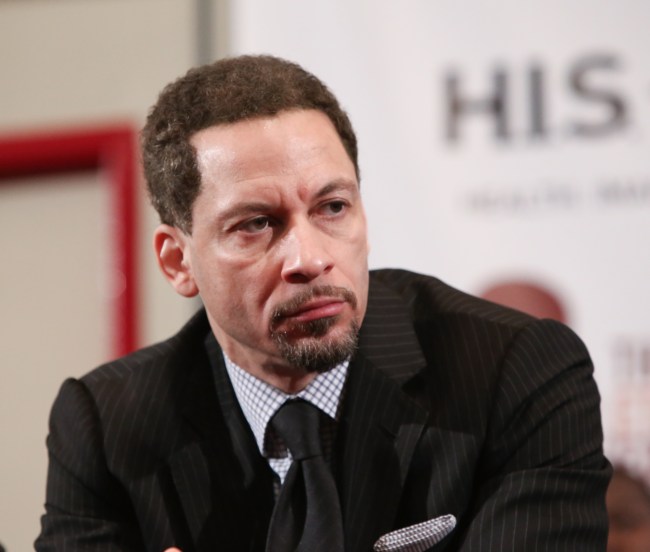 Chris Broussard is one of the more recognizable names in sports reporting, having worked for ESPN and FOX, among others. But as famous as he is within the industry, he may also be one of the most criticized, as he’s been called into question a few times — especially leading up to NBA free agency, where he and Kevin Durant seemed to have a spat on social media.

While Chris Broussard’s tried to defend himself from hate and, presumably, tries to deflect it by sticking by his reports, one person who doesn’t seem too impressed with his skills is TSN personality Jay Onrait. Need proof? Just look at what Onrait said while a guest on the “Jay and Dan Podcast” podcast, which led to him calling Broussard the “biggest fucking fraud” over how the reporter seemed to feed information about Kawhi Leonard’s free agency.

“I don’t know why that would be, I don’t know why they would want that. To save face, I guess? What good would it do them to feed them misinformation, right? Kawhi’s so secretive, everyone knows he’s secretive, no one’s expecting any information to come out from him. So I just have to assume that everyone was fucking lying! Everyone knew nothing, nothing! And they were saying that they knew everything! Chris Broussard, who worked at Fox and is the biggest fucking fraud in the history of sports media, ever, ESPN kicked him out, Fox kicked him out, I don’t know what he’s doing now, saying that the Clippers were out of it for sure and it was down to the Lakers and Raptors, he knew nothing! They knew nothing! It’s all bullshit!”

For further context, Broussard tweeted that the Los Angeles Clippers were out of the Kawhi Leonard running and that the superstar wanted to sign with the Lakers — which came two days before Leonard joined the Clippers. That didn’t seem to sit well with Onrait.

Obviously, tons of mainstream media people were trying to report intel on what Leonard might do. But, for some reason, Onrait found Chris Broussard’s information to be the most bogus, and he put the guy in a body bag by questioning everything he reported. That’s harsh criticism, so we’ll have to see if Broussard responds to Onrait blasting him or not, because, damn, dude ripped him apart.