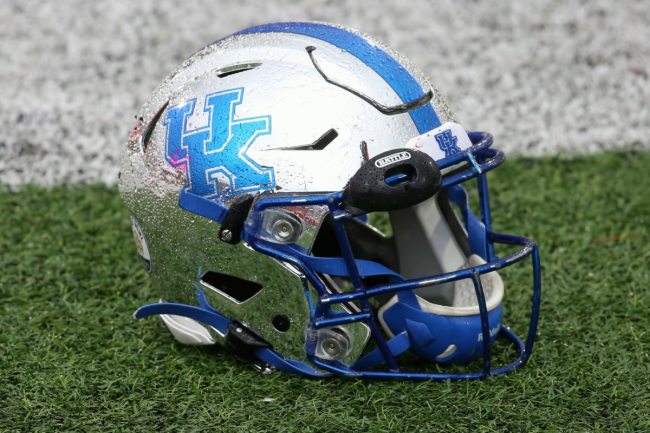 He went on the air earlier this week to discuss the Wildcats’ schedule, and he sees a historic year coming in Lexington. Doering picked the program to not only upset the defending national champions, but to also represent the SEC East in the championship game.

Doering went through all 12 games on the slate, and he found 11 wins on the schedule. He picked the Wildcats to go 11-1 with the lone loss coming on the road at Tennessee.

That means Kentucky would upset the Georgia Bulldogs to take the SEC East crown.

If it happens, it would be the program’s first appearance in the SEC title game. The Wildcats have never won 11 games in a regular season. Just once have they reached the 11-win mark, which came in the school’s best campaign in 1950. Kentucky went 10-1 in the regular season before beating No. 1 Oklahoma in the Sugar Bowl. Bear Bryant was the head coach.

Kentucky has also lost 12 straight games to Georgia, with all but three matchups being decided by double digits.

Here’s what Doering had to say about the Wildcats.

“I like this Kentucky Wildcat team. I’ve been on the bandwagon for a long time… I had them winning 10 games, now I have them winning 11. Tell me where I’m wrong… I could see them maybe going 10-2, but I think they’re a double-digit win team.”

We’ll see if Doering’s predictions come true. If so, Wildcat fans will be celebrating a HUGE season in Lexington.