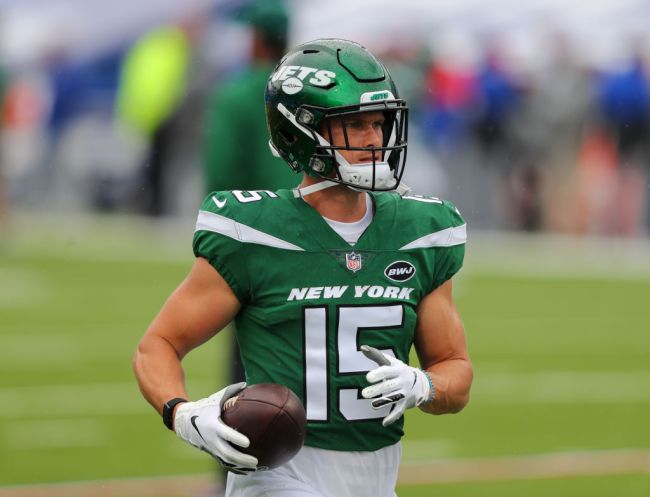 10-year NFL veteran Chris Hogan is returning to his original sport and has declared for the Premier Lacrosse League entry draft.

The 33-year-old from Wycoff, New Jersey was a first-team All-State lacrosse star at Rampo High School in the spring and All-State pass-catcher in the fall. Hogan ultimately went on to play for seven NFL franchises and won two Super Bowl rings with the Patriots. Over the course of his time in the league, he recorded 216 receptions and 18 touchdowns, with 34 and four in the postseason. Tom Brady quickly established him as a go-to target and Hogan was the fourth-most targeted receiver for New England in 2016 (ahead of Rob Gronkowski and Danny Amendola) and the fifth-most thrown to in 2017.

A path to the NFL wasn’t always clear for Hogan. He chose to attend Penn State on a scholarship to play lacrosse and played three years with the Nittany Lions. His impact was immediate and he scored 11 goals as a starter for all thirteen games of his freshman year, but an ankle sprain kept him off of the field for the majority of the season as a sophomore. Hogan returned to play in 2009 and scored 29 goals on 133 shots— watch him score four goals against Robert Morris, he’s wearing No. 19 and he’s pretty nasty.

With an extra year of college athletics eligibility from his 2008 injury, Hogan graduated from Penn State in 2010 and accepted an opportunity to play football at Monmouth University— close to home. The Hawks compete in the Big South Conference of the FCS division, so it’s not a chump program. Hogan is such a freak athlete that he immediately earned a spot as a quarterback, wide receiver and cornerback. If that wasn’t enough, he played every special teams snap. In his one-season career, the 6-foot-1, 210 pound fifth-year senior hauled in 12 catches for 147 yards and three touchdowns on offense, and 28 tackles three interceptions on defense. He didn’t have a single star ranking out of high school but he was just gifted with that athleticism.

It was a grind from the beginning for such an incredibly athletic dude and that continued when he signed with the 49ers as an UDFA in 2011. Stops on the practice squad for San Francisco, New York and Miami led him to the active roster in Buffalo before years before his time in Massachusetts. Hogan played 2020 with the Jets until another high ankle sprain saw him moved to the injury reserve and waived.

Whether his career playing football is over or not, just deciding to play lacrosse instead is such a baller move.

I have signed with @premierlacrosse for the 2021 season. As many of you know, my roots are in lacrosse, and I’m excited to fight for a roster spot with the best in the world! #LFG

Based on his college highlights, he’s going to be good too. Premier League Lacrosse’s 2021 season is scheduled to begin on June 4th and will play through the PLL Championship on September 19th.