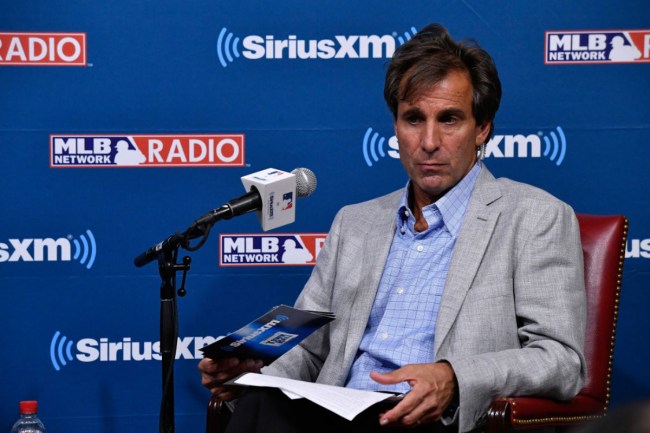 The list was questionable, at best, as he gave Cleveland the No. 1 slot followed by Detroit, New York City, Chicago, and Philadelphia bringing up the five-spot.

Stephen A. Smith was so disgusted with Russo listing Cleveland No. 1 he had to walk out of frame. Russo went as far as to say Cleveland is “a great city,” which is highly debatable.

Do you agree with this list? Did your team make the cut from @maddogunleashed? 🤔 pic.twitter.com/JlbMddNlSN

Personally, I don’t think Russo’s list is that far off. Does Cleveland deserve the top spot on the list? Absolutely not, but I could listen to an argument for the city to be No. 5 on the list.

The most obvious city that didn’t make the cut in Russo’s rankings is Boston, which the vast majority of sports fans, in general, would include in their Top 5. Pittsburgh, Los Angeles, and Tampa Bay are three other cities you could slide into a Top 5 list as well.

Also, New York is a city that just ‘has to be on the list’ but it’s without question the most overrated sports town in the United States; it probably wouldn’t make my Top 15.

Sports fans around the country were quick to call out Russo for his ridiculous rankings:

pic.twitter.com/ATg0WdKC1G
At least Stephen A knows what he’s talking about

Was 100% sure he was gonna go Pittsburgh #1 the way he was dressing it up. When he said Cleveland I defintely LOL'd. SAS reaction perfect too🤣 https://t.co/j3I3wv1jyy

This is THE worst list I have EVER seen 🤣🤣🤣 Why do you guys give this guy TV time, he is absolutely terrible @FirstTake https://t.co/fdQq5KEZ6K

Boston is 1 by 2012 Usain Bolt in the 100m lengths. Sports are the cultural bedrock in Mass.

The greatest myth ever told is that New York is a great sports town, it is not. Try again @MadDogUnleashed 🤡 https://t.co/4Vun0ntY8M