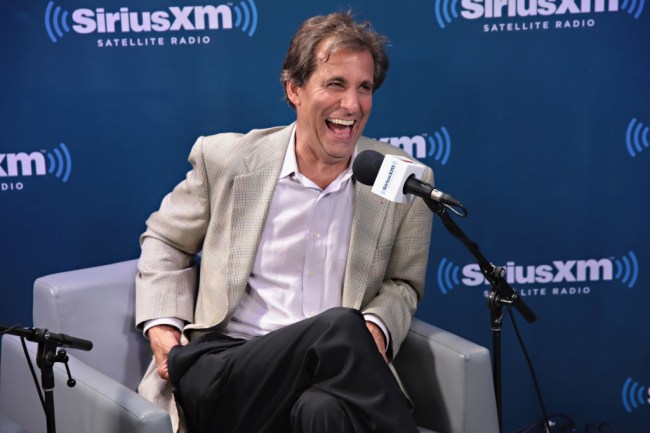 Tony Romo brings something to the broadcast booth we really haven’t ever seen before. Sure, there have been plenty of NFL quarterbacks jump in the booth after retiring, but Romo is the first that has truly shown off his knowledge of the game in the sense of predicting and breaking down plays at an extremely specific level.

For some folks, it’s still an amazing feat hearing Romo do what he does each and every Sunday, but for others, the amazement has faded. For Chris ‘Mad Dog’ Russo it’s safe to say he’s over the whole Romo schtick during the CBS broadcasts.

Russo makes a living by not shutting up on sports radio, hell, his nickname is Mad Dog, but apparently it’s not okay for Romo to talk during his job. He ripped into Romo’s broadcasting abilities during his SiriusXM show on Monday and The New York Post transcribed a bit of his rant.

“I’m not looking for a situation where I need hour upon hour, every play broken down for 30 seconds. I just don’t need it, and Tony just does not shut up with the games. On and on, I mean, all right, Tony, this guy goes here, he runs here, look at this.”

Mad Dog Russo couldn't help noticing that Tony Romo never shuts up during his broadcasts, and he's had enough of it. pic.twitter.com/TsBV8YnH3L

Russo clearly didn’t get enough sleep on Sunday night before heading into the studio on Monday. Of all things to bitch about when it comes to broadcasting, he chooses to dog Romo because ‘he never shuts up’ is an unbelievably wild move. This is coming from a radio personality that may speak more words during a given day than multiple humans combined.