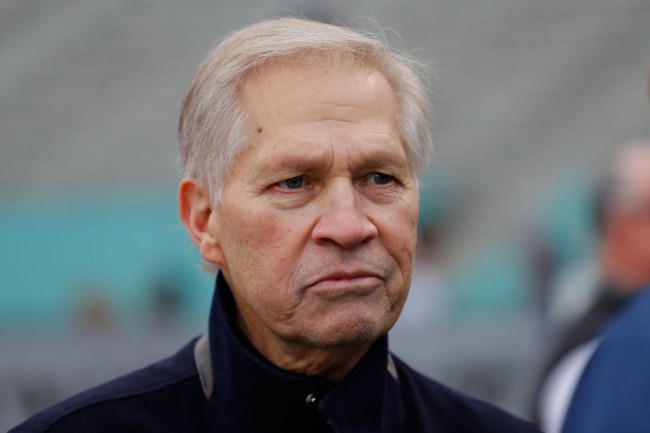 As Ricky Bobby taught us all in Talledega Nights, if you ain’t first, you’re last—a statement that more than a few people in the sports reporting world have taken to heart in the age of social media.

Twitter has made it possible for people to get their news quicker than ever before and there are a number of reporters who have mastered the art of disseminating information as quickly as possible, whether we’re talking about the bombs Adrian Wojnarowski routinely drops or the 7,392 tweets Darren Rovell sends out every day.

We’re only a couple of weeks into the NFL season but it’s already been quite a roller coaster ride thanks in no small part to some notable injuries and the number of teams who have gotten off to a dismal start—like the Dolphins, who are dealing with plenty of players who aren’t thrilled about them going into tank mode.

As a result, reporters on the NFL beat have been scrambling to outdo each other and inject those sweet, sweet retweets into their veins and no one’s done a better job than Adam Schefter, who broke multiples stories on Monday—including Jalen Ramsey’s decision to force a trade and the Minkah Fitzpatrick transaction that inspired a hilarious response from seemingly the only player left in Miami.

However, one astute Twitter user named Zach Schwartz noticed there’s someone else on the platform who seems to be trying to steal Schefter’s swag: NFL insider Ian Rapaport, who spent a fair amount of time yesterday “breaking” stories that ESPN’s golden boy had already tweeted out.

This apparently didn’t sit well with Schefter’s colleague Chris Mortensen, who sent out multiple tweets containing nothing but rat emojis shortly after Rapaport came late to the game.

First, MORT and SCHEFTER break the news about Jalen Ramsey. Mort drops a vague 🐀. But who could he be talking about??? pic.twitter.com/sNcxIbiTf7

Of course, it’s entirely possible Rapoport is using different sources than Schefter is (or is just a slower typer), and to his credit, he did manage to beat Schefty to the punch when it came to announcing the Eli Manning Era is over this morning.

At least Schefter can take solace in knowing Mort has his back.