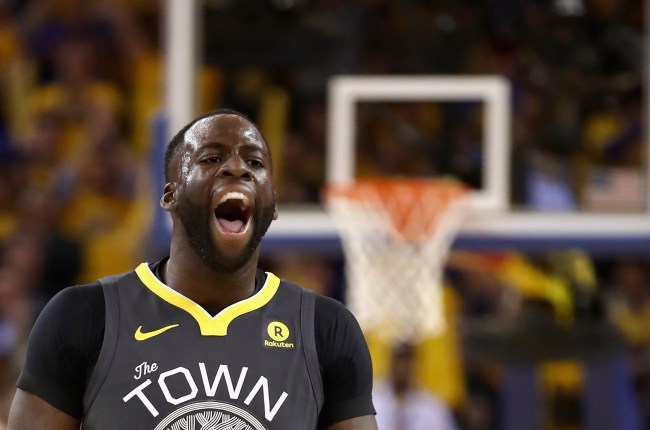 If scoring is the metric used to evaluate the value of a player, Draymond Green is just another dude. The Warriors power forward is averaging 11.4 ppg, which ranks 57th in the league. But, the 28-year-old has secured a spot on three NBA All-Star teams by doing just about everything else. Last season’s NBA Defensive Player of the Year leads the Warriors in rebounds, assists, steals and blocks. I guess you don’t need to score in droves when your teammates are KD (28.2 ppg), Steph Curry (26.4 ppg), and Klay (20 ppg).

But Draymond detractors may suggest that since his squad has so much firepower, his impact is exacerbated. One of those detractors is TNT analyst Chris Webber:

“If he was on other teams and expected to score, he might not be in the starting lineup on some teams,” Webber said. “But on this team, he’s one of their most valuable players because he keeps the system going, he’s unselfish, he locks down on defense, and he’ll get you an easy bucket.”

Draymond Green on Chris Webber saying he wouldn't start on some teams: "If I did have a scorer's mentality, it would throw all of this off… I've been an All-Star twice averaging 11 points… He can't find many GMs or coaches saying I wouldn't start… My jewelry fit well." pic.twitter.com/p4mG9EibvE

“But I don’t care. I’ve done some great things in this league. I’ve been to All-Star twice averaging like 11 points, ten points or something like that. Like, you know, I don’t need to score.

“However, I don’t think he can find many GMs are coaches that wouldn’t say I wouldn’t start on their team, and you know, I’m fine without scoring the ball. I think I’ve created a new lane for guys in this league to where you don’t have to score 20 points to be an All-Star or be a starter in this league, and it is what it is. So that’s fine and my jersey fit well. So I’m doing really pretty good. Much love to C-Web, though, from Michigan – State of Michigan, you know, we good.”