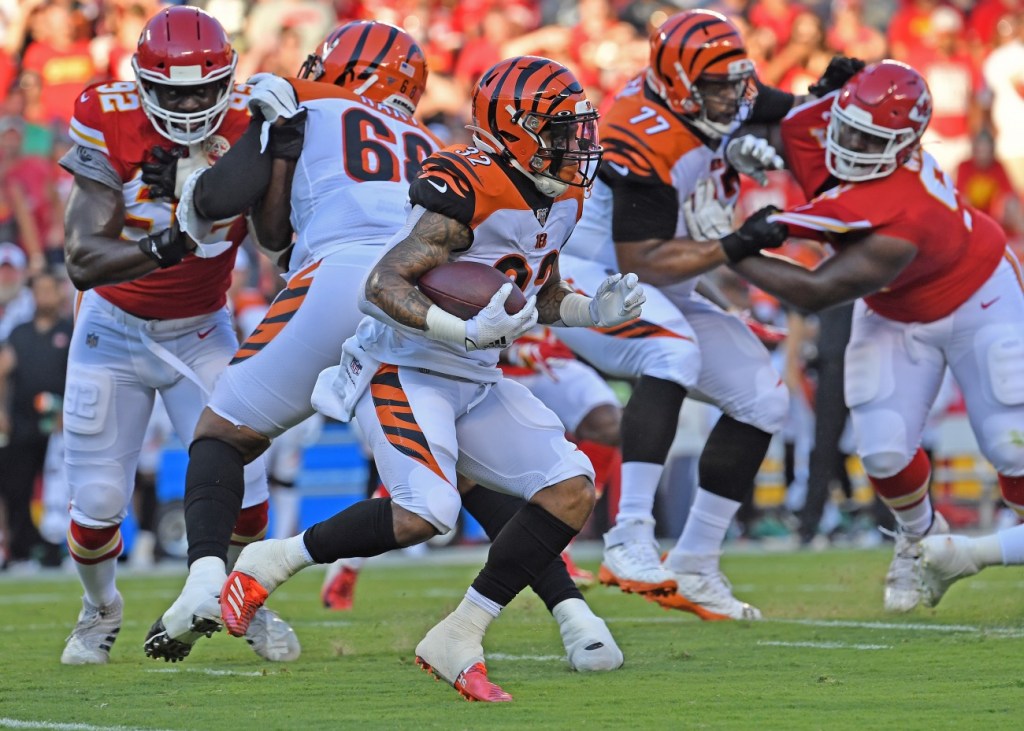 The Cincinnati Bengals have a pretty rich history. They’ve existed for 54 years and have been in the NFL for 52 of those years with their first two seasons coming in the American Football League. Sure, the team only has 15 NFL Playoffs appearances in 52 years, 3 AFC Championships, and ZERO Super Bowls but they’re still rich in history.

At no point in the team’s history, however, do I recall this origin story below about three Bengal tigers wearing magic crowns in the jungle with wizards. This is new. They’re fresh off a Super Bowl loss to the Los Angeles Rams and will be debuting what could prove to be the freshest Helmet + Uniform combo in the league…

NFL fans were blown away recently by this ‘White Bengal’ concept helmet, and now the team’s following up that hype with this odd hype video of their own… The story has elements of the Jungle Book, Lord of the Rings, and The Deathly Hallows. It’s certainly a unique way to tease the new unis.

Once upon a time… pic.twitter.com/fRr5Fnx1bW

The gist is this.. There were once three Bengal Tigers living in the jungle wearing magical striped crowns. These crowns were ‘the most revered’ in the jungle which is odd considering there probably weren’t too many animals wearing crowns but let’s not get stuck on that. Then one day a NEW striped crown was forged and it looked like it was made of white gold.

These young tigers wanted the crown but it was cursed by a wizard, preventing them from getting the dope new crown. The curse said ‘only an elder or color rush Bengal’ could wear the crown. Of course, the team will be wearing their Color Rush uniforms on 9/29.

That’s a LOT for just teasing some new uniforms…

I’m trying to imagine how many people were involved in that White Bengal uniform teaser video for the Cincinnati Bengals and the answer is ‘way too many’. But it’s still a pretty fun way to get the hype train moving.

Here’s what fans are saying:

My Joey B color rush jersey is officially relevant again!!💯

Not everyone is happy about White Bengal color rush unis. But this tweet implies they’ll be the exact same as the old ones when it’s likely there are updates…

So that’s it? Just going to use the old color rush? Extremely underwhelming in my opinion but alright.

As for what’s next for the Cincinnati Bengals, head coach Zach Taylor recently spoke about the biggest challenge the team faces this upcoming season. It will certainly be interesting to see how they adapt to the games ahead.