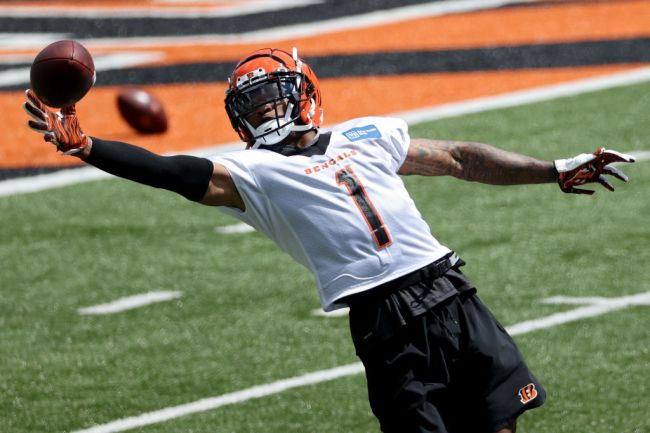 Ja’Marr Chase has the dropsies and it’s starting to get concerning. The Cincinnati Bengals rookie wide receiver was drafted No. 5 overall out of LSU and there were plenty of questions surrounding the pick.

Despite all of the chatter, not one person questioned the 21-year-old’s ability to catch the football. He dropped only five passes the course of his final season at LSU and dropped only one target of more than 20 yards.

Over that same time period, Chase recorded 84 catches for 1,780 yards and 20 touchdowns. Nobody questioned his pass abilities, even after he chose to sit out in 2020.

However, through the first three-ish months of his NFL career, dropping passes have been a significant storyline.

A bad case of the dropsies.

It seemed like a minor issue during OTA’s, but the problem has continued throughout training camp. Things only got worse on Friday when Chase dropped three passes (almost as many as his entire 2019 season) on third down in the team’s preseason game.

After the game, head coach Zach Taylor changed his tune about the struggles. Previously, he had said he was not concerned about the drops.

On Friday he said, “we just expect our receivers to catch the ball, it’s as simple as that.”

In his first chance to redeem himself for the drop issues, in practice on Sunday, Chase continued to find himself unable to hold onto the football. He was dropping passes in 11-on-11s.

Ja’Marr Chase with another drop in the end zone. Burrow looking for him over the middle, hit him right in the hands. That’s two drops so far today during team period #Bengals

And then he proceeded to drop at least two more passes in 7-on-7s.

In latest 7 on 7 red zone, Ja’Marr Chase runs a great route, Burrow puts a dime on him at goal line.

Chase with a loud f— as he jogs away and Burrow comes up to him with a helmet tap before he goes back to the huddle.

Long, lonely walk for Chase after 7s. Goes all the way to other end to get a towel. No one near him. Uzomah finally approaches and gives a quick shoulder massage, a few words and a slap on the shoulder pads.

The 2019 All-American is noticeably frustrated by the issue. However, two former Pro Bowl wide receivers are not worried.

He’s an elite talent & will make the necessary adjustments, he will lead the AFC North in yards/receptions 🐅 https://t.co/KCckYDgm5q

I know his feeling…he’s nervous a lil bit.. he will be ok… he will be a RAW talent in the League…. https://t.co/ZjDkHG0oMT

After struggling through practice on Sunday, the 2019 Biletnikoff Award winner continued work through the special teams period with his quarterbacks.

During special teams period, with the offensive starters resting, Ja’Marr Chase is getting extra reps with the QBs. #Bengals pic.twitter.com/ohTzPmluZo

Chase’s drops are not forcing Cincinnati to hit the panic button just yet. There is a lot of time for a receiver, who has not played competitive football in more than 18 months, to get it figured out. With that being said, the issues are still alarming.