Clayton Kershaw Responds To Having Been Pulled From A Perfect Game 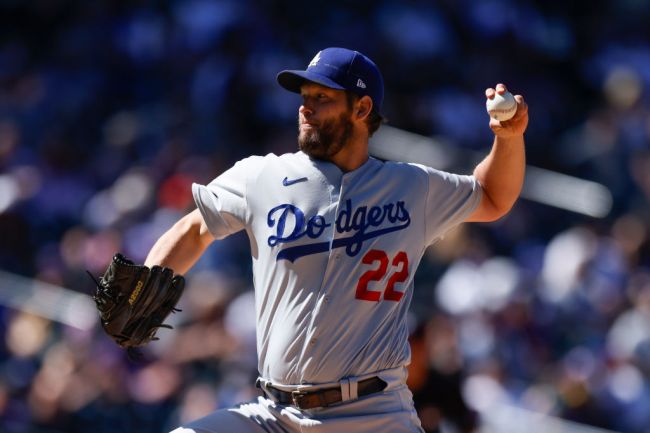 Clayton Kershaw nearly made history on Wednesday, but ultimately, he wouldn’t get the chance.

After throwing seven perfect innings of baseball, the lefty was removed by Dodgers’ manager Dave Roberts. Kershaw hadn’t allowed a single baserunner, finishing the game with 13 strikeouts, no runs, no hits, and no walks.

He’d thrown just 80 pitches through those seven frames, but that was apparently enough for Roberts to make the executive decision. It’s a move that Roberts has now become accustomed to making.

While many fans believed that Kershaw should’ve stayed on the bump to try and finish out the game, the pitcher, himself, says that being pulled was the right call.

Kershaw was asked after the outing about his removal from the mound. He says that it was the shortened Spring Training session that had the biggest impact on his premature exit.

Kershaw responded to being pulled from today's game, saying it was the "right decision." pic.twitter.com/LHWIm8eEyP

“Blame it on the lockout. Blame it on my not picking up a baseball until January… It was time.”

The All-Star goes on to speak about the team’s goals outweighing any personal accomplishment.

“Those are selfish goals. We’re trying to win. That’s really all we’re here for. I would’ve loved to have stayed, but bigger things, man, bigger things.”

It’s an honest response from a veteran player, but everyone would’ve liked to have seen Kershaw chase history. He had a chance to join an exclusive group that boasts less than 25 players.

Yes, this was just his first start of the season, but Kershaw may not have an opportunity like this for the rest of the year.