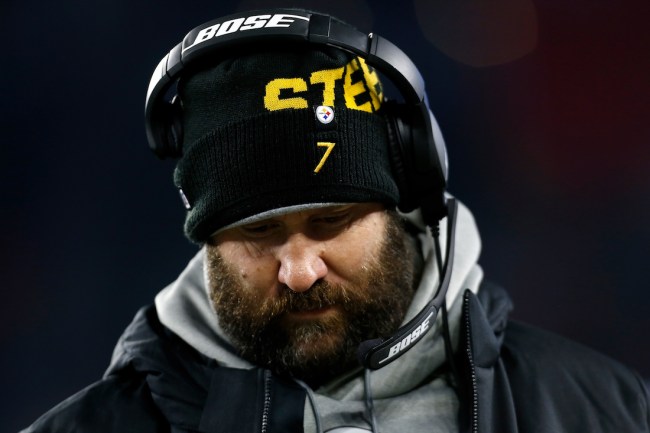 If there’s one thing we all know about Colin Cowherd, it’s that he won’t sugarcoat his opinions. Hell, the FS1 host is literally paid to go bold and sort of shake things up, so, c’mon, you think he’s just going to stay status quo when it comes to discussing sports? Rarely.

But a funny thing happened on Wednesday’s episode of The Herd with Colin Cowherd: The host actually gave the most honest, most accurate take I think I’ve ever heard him give. That’s because Cowherd just lit up Pittsburgh Steelers’ quarterback Ben Roethlisberger about his recent focus on diet and weight — which, you know, probably should’ve happened years ago.

At 38 years old and (seemingly) on his last leg, here’s what Big Ben had to say the other day about what he’s focusing on for the rest of the NFL offseason as training camp approaches.

According to Ryan Burr, that is set to change in 2021. He is reportedly focused more than ever on his health.

“Ben camp says biggest concern is weight loss,” Burr tweeted. “He has been so driven since [the] season ended. Source says his diet is stricter than [Tom] Brady.” (Maybe it’s as strict. It’s harder to imagine it being even stricter than the TB12 method.)

Additionally, Roethlisberger’s camp is saying that he’s in the “best shape of his life.”

Look, there’s no denying Ben Roethlisberger’s been a great quarterback since being drafted in the 2004 NFL Draft. But has he ever been the most intense when it comes to staying in shape? No. Has he ever advertised how much work it takes to be an elite athlete? No. And, as he enters year 18 — one in which nearly didn’t happen had he not taken a pay cut to stay with the Steelers — Colin Cowherd finds the newfound dedication a little bit hilarious.

So remember how I mentioned Cowherd normally being very much bold and daring in some of his takes? Well, when it comes to speaking the cold hard truth, the FS1 host pretty much did just that while discussing the Roethlisberger news. Take a look below.

"I have the Pittsburgh Steelers as a sub .500 team in 3rd place in the AFC North. 8 wins is being gracious."

It’s one thing to hear Cowherd lay into the newfound training regimen that Ben Roethlisberger’s aspiring to do the rest of this NFL offseason, it’s another thing to then describe the reasons why the future Hall of Famer will be the reason for the Steelers struggling this year. Love him or hate him, though, Cowherd’s 100 percent right here.

Look, nobody will ever confuse Roethlisberger’s work ethic with that of Tom Brady or Russell Wilson — who both put in effort no matter where they are. The quarterbacks find time and make working out and eating healthy a priority. That’s not something we’ve seen from Big Ben over the years.

So to think that now Roethlisberger’s having this come-to-Jesus moment and will suddenly focus on his body is a little hilarious. And hearing Colin Cowherd call out the Pittsburgh Steelers’ quarterback is a take that was so honest and so spot on that it just needed to happen.