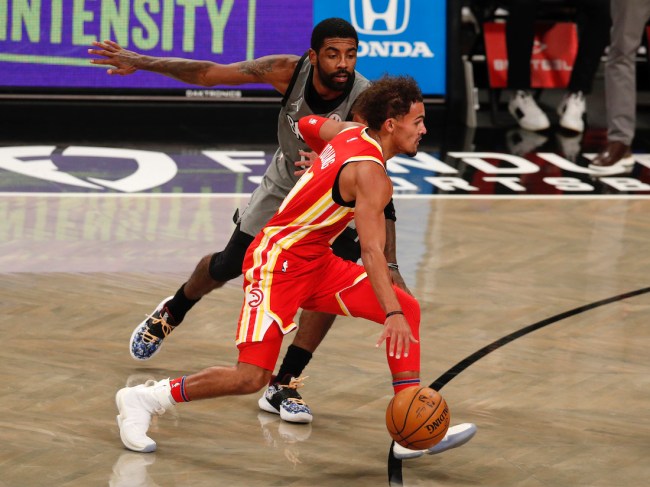 Anytime Colin Cowherd speaks his mind, it usually gets attention. Most of the time, the majority of sports fans just sort of roll their eyes and wonder what the hell the FS1 host is smoking. Other times, the outspoken sports personality says something that’s pretty useful and/or true. Regardless of what he says, there’s no doubt Cowherd knows how to strike a nerve with an audience.

Given the unbelievable run the Atlanta Hawks have been on this NBA Playoffs, everybody seems to be talking about how incredible Trae Young has been; and Cowherd’s no different. After leading the Hawks to an upset win in Game 1 on the road against the Bucks in the Eastern Conference Finals, Young — the No. 5 overall pick in the 2018 NBA Draft — is showing why he’s a superstar right now, not in a couple of years.

Who knows how this postseason run ends for Young and the Hawks, but there’s one thing for sure: It’s Trae’s time to shine, and we’re all witnessing greatness.

In fact, some people — like Colin Cowherd — are so sold on Young that the point guard is being held in quite high regard. In fact, the FS1 personality even went as far as saying that the Hawks’ star is better and more reliable than Kyrie Irving of the Brooklyn Nets. Here’s what the sports personality had to say.

"The Eastern Conference just isn't very good. In fact — it's bad… My takeaway is this. These teams look like first round and out in the West."

“I think he [Trae Young] is the No. 1 point guard in the East because I think he’s better and more dependable than Kyrie Irving, I do.”

It’s a shocking statement on the surface, but get beyond the name and the headlines and the attention Irving often gets to focus on one thing: Leadership and results. Trae Young is absolutely better than Irving.

Don’t come at me with the fact that Irving has a title. With all due respect, he earned the championship alongside LeBron James in 2016 — which was one of the greatest moments in my life — but when he demanded a trade out of Cleveland to be “The Man,” Kyrie hasn’t done much. He’s actually been regressing.

On the contrary, Trae Young is playing in his first NBA Playoffs and absolutely shining. He embraced the crowd and energy in MSG against the Knicks in the first round. He upset the No. 1-seeded Sixers in the second round. He just stole Game 1 against the favored Bucks. And he’s doing it by giving us all memorable postseason moments.

Irving is an All-Star, but he’s not a superstar. Not when he’s playing alongside Kevin Durant and James Harden. Not when he wanted to get out of James’ shadow in Cleveland only to… be in the shadow of both Durant and Harden.

Trae Young is different, and he welcomes (and feeds off of) the criticism. He’s his team’s best player. He leads his teammates to be better. He doesn’t publicly criticize them; as Irving did while in Boston.

While Colin Cowherd often spews absolute nonsense most of the time, this is not one of those times. And we’re all lucky enough to see Young breaking out into sheer superstardom right in front of our eyes this NBA Playoffs.