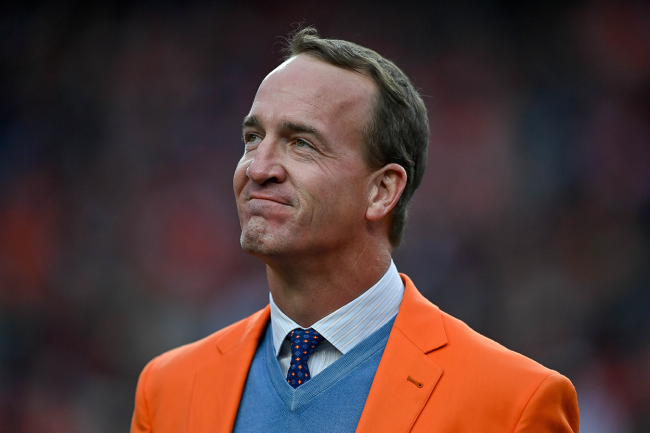 The Manning family is royalty in Oxford, Mississippi. Archie got things started as the patriarch of the family and Eli followed in his father’s footsteps with a phenomenal career of his own.

As a result of the Manning’s legend on campus, the speed limits are posted at 10 and 18 miles per hour. Eli wore No. 10 while quarterbacking the Rebels and Archie wore No. 18. Cooper, although his career came to an abrupt ending before it could really begin, is also hailed as an icon.

Peyton, however, does not receive that same treatment. He chose to play his college football at Tennessee.

Even though the current generation of students — and really any graduate after about 2000 — doesn’t have beef with Peyton, he is not held on the same pedestal as his brothers and father. And many of those who went to school around the time that Peyton chose the Vols still (wrongfully) hold a grudge against him.

Thus, the College World Series took the perfect opportunity to troll him on Saturday as Ole Miss baseball played its first game in Omaha since 2014.

While the Rebels were on the diamond, Peyton was in the stands. He has worn an Omaha hat all weekend, which is so fitting.

During Saturday’s game between Ole Miss and Auburn the jumbotron cut to the NFL Hall of Fame quarterback. It did not label him as such.

Instead, Peyton was given the title of “Eli Manning’s brother.”

Eli was loving it.

It was tremendously done by the in-stadium team. They knew exactly what they were doing and who their target audience was. Brilliant.