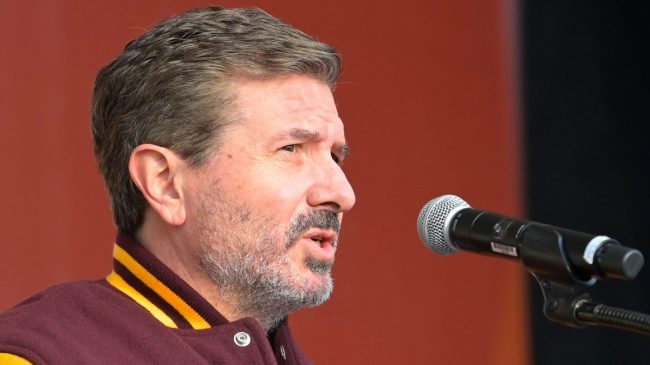 In a surprising turn of events, it sounds like Dan Snyder is finally going to sell the team. On Wednesday, it was reported the Washington Commanders’ current owner is taking the first big step in doing so. If that’s the case, then the future just became much more bright for this franchise.

According to Forbes, “Snyder already has at least four calls from groups interested in buying the team. Snyder and his bankers are exploring all options and a transaction could be for the entire NFL team or a minority stake.” After years of controversy and drama circulating the Commanders’ franchise, Dan Snyder finally makes the decision to sell the team.

It’ll be interesting to see how the rest of the process plays out. With four “groups interested in buying the team,” it sounds like Dan Snyder is going to have a bidding war over the Commanders. It’s unknown who is expressing interest in purchasing the organization at this time.

Additionally, the asking price for this organization is going to be astronomical, per Forbes. “In the latest deal for a team, Rob Walton, the retail heir, purchased the Denver Broncos for $4.65 billion in early August. Later that month, Forbes valued the Commanders at $5.6 billion, sixth among the league’s 32 teams.”

With that in mind, the starting price may just be at $5.6 billion. We’ll see how it plays out, but this is massive news for the NFL, the Commanders franchise, and the entire fanbase of the team.