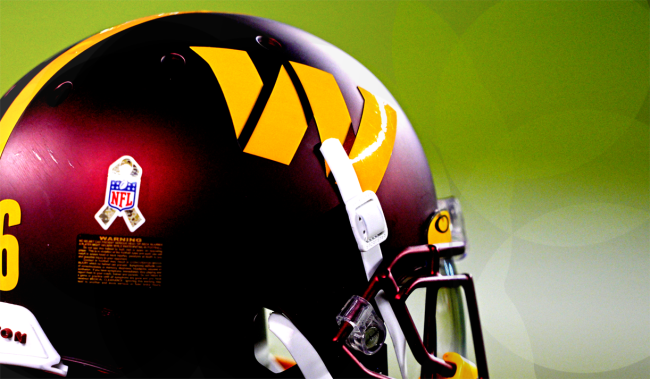 NFL fans are, once again, letting Daniel Snyder and the clown show that is the Washington Commanders franchise have it. This time it’s for being sued after allegedly not returning deposits to season ticket holders.

Snyder and the Commanders are already in litigation for a lawsuit filed last week by Washington D.C. Attorney General Karl Racine for allegedly “colluding to deceive District residents about an investigation into toxic workplace culture.”

On Thursday, Racine announced another lawsuit against the Commanders “for implementing an illegal scheme to cheat District ticket holders out of their deposits for season tickets and use the money for its own purposes.”

“Today’s announcement follows our recent lawsuit against the Commanders, Dan Snyder, NFL, and Roger Goodell, and is yet another example of egregious mismanagement and illegal conduct by Commanders executives who seem determined to lie, cheat, and steal from District residents in as many ways as possible,” said Racine in a press release. “The Commanders’ arrogance and blatant disregard for the law is a slap in the face to District residents who have supported the team for decades. We deserve better, and today my office is taking action yet again to hold them accountable.”

Since 1996, the Washington Commanders sold premium seating tickets to District fans, some of which required a substantial security deposit. The Commanders promised these ticket holders that they would automatically get the deposits within 30 days of the contracts’ expiration, but in fact, the team held on to these funds–sometimes for over a decade–and used the money for its own purposes. When ticket holders requested that their deposits be returned, the Commanders intentionally complicated the return process by imposing extra, burdensome conditions that were not previously adequately disclosed. A Commanders’ employee even alerted the teams’ corporate officers in 2009 that these practices violated the contracts’ terms, but the team continued to impose these additional obligations on consumers. As a result of these deceptive practices, the team illegally withheld hundreds of thousands of dollars from District residents.

Of course, as they have done every time an accusation has been levied against them, the Commanders denied any wrongdoing.

"Team has not accepted security deposits for over 20 years in the case of premium tickets & over a decade in the case of suites, & we began returning them to season ticket holders as early as 2004. @wusa9 pic.twitter.com/y17vpAFCgy

Interestingly, Attorney General for the State of Maryland, Brian Frosh, announced on Friday that his lawsuit against the Commanders over fan security deposits was settled.

For years, the Commanders kept money that was not theirs. It belongs to their customers. Our settlement will require the team to return this money to those customers, pay a penalty, and make sure they don't engage in this conduct again. https://t.co/MbH3xXlBKS

It’s unclear how that settlement relates to the lawsuit filed by the D.C. Attorney General.

At this rate, the Washington Commanders are on pace to have more lawsuits filed against them than wins by the end of the season. It makes one wonder why Jeff Bezos wants to buy the team.

The Commanders are also currently embroiled in Jon Gruden’s lawsuit against the NFL over emails that were leaked during the course of the league’s investigation into the Commanders.

In addition to that, six attorneys general have threatened to investigate the NFL as Congress continues its never-ending Commanders probe.

There is also the issue of nearly 40 former Washington Commanders employees, including more than 30 former cheerleaders, who are still looking for answers amid another potentially damaging lawsuit to the team.

Thank you to @AGKarlRacine and his team. This is the closest we have come to justice for the former employees of the Washington Commanders in the last 2+ years. It has been a very good day for my clients, and for the citizens of DC. https://t.co/7we4p5pZWR

NFL fans, especially those in Washington, reacted to the news that the Commanders are being sued again

“This was the suit I expected last week, and the one that seems to have more teeth,” another fan tweeted.

Dear AG Racine,
If it becomes apparent that any of these lawsuits are going to delay the sale of the team from that monster, please dear god. Suspend the case, eliminate the buying party and go after Snyder only. If this or anything slows the wheels of progress it’s not worth it

“As a former season ticket family this warms my heart. #SellTheTeam,” someone else commented.

has dan snyder ever gone 24 hours without being sued https://t.co/fTZxHNuG0n