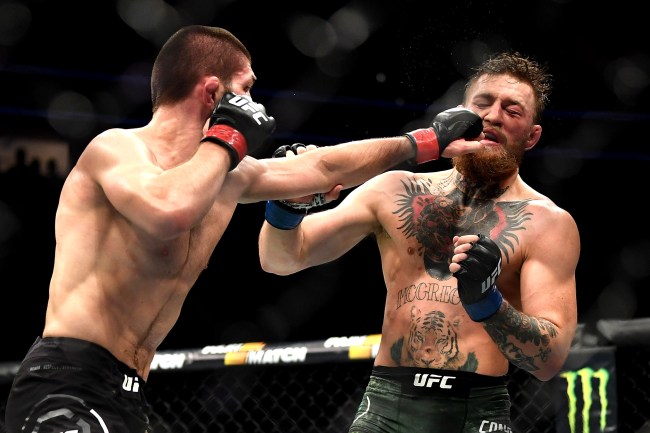 As every fight fan will remember, Conor McGregor said some very nasty things about Khabib Nurmagomedov, including calling him a “smelly Dagestani rat” and his manager a “terrorist snitch” in the leadup to UFC 229 (as well as after the fight).

McGregor later tried to backpedal and claim it was all for show and just to hype the fight, something he paid dearly for once the fight was actually underway.

Following his press conference in Moscow on Thursday where he announced his plans for 2020 and his return to the octagon on January 18th in Las Vegas, one man from Dagestan took a page out of McGregor’s playbook by throwing something (hey, turnabout is fair play) that appeared to be a bottle at McGregor after scolding him for the things he said about his home country during the presser.

“Where’s my location? The Ritz Carlton. I’m in the Ritz Carlton if anyone wants my location, right in downtown Moscow. Where is he right now? I believe he’s out of the country. I fly in, he flies out. Typical of the Dagestani man,” McGregor said during his visit to Moscow, adding, “I wouldn’t go to Dagestan to take a sh*t. And that is the truth.”

Here’s a couple more angles of the toss…

I guess this is just one more example of if you’re going to come at the champ (champ), you’d better not miss, huh?