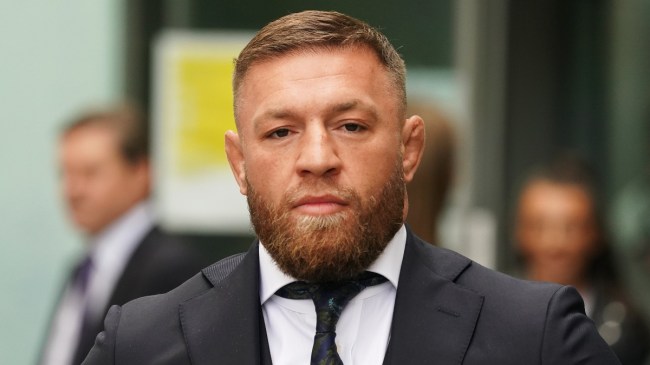 Recent reports were released accusing Conor McGregor of attacking a woman at his birthday party in Ibiza.

The incident occurred back on July 15 when it was originally brushed aside by local police. However, the case is back open and the UFC superstar addresses the situation.

According to MMA Fighting, a spokesperson for Conor McGregor states, “Mr. McGregor is steadfast in his denial of all the accusations made by a guest on his boat.” So, we have a he said, she said situation right now. Considering this alleged incident took place at a crowded party, there are surely witnesses that could clear this up.

We’ll see how it plays out though. The alleged victim claims that Conor McGregor struck her, “multiple times and threatened to drown her during a party to celebrate his birthday, which took place the weekend of July 15. The woman then jumped off of the yacht to escape,” per MMA Fighting.

Although McGregor denies these allegations, his past history doesn’t bode him any favors. We’ve seen him behave wildly in public before. From throwing chairs at a bus filled with other UFC fighters to having an outburst with Machine Gun Kelly with no clear answer as to why.

With that said, the allegations are at least believable. Even so, there will be. a vetting process that should bring on a possible investigation. Until then, Conor McGregor is likey to continue denying the current allegations.