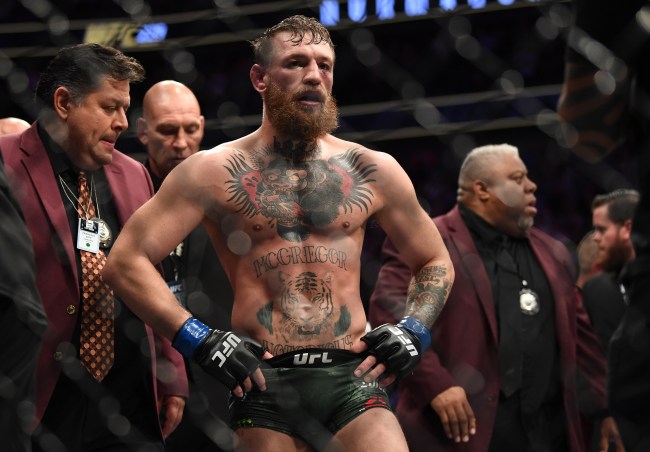 Conor McGregor makes his triumphant return to MMA soon, set to battle Donald Cerrone in an epic Welterweight bout at UFC 246, so the mercurial fighter has been making the rounds doing a bunch of interviews leading up to the fight. As McGregor gets ready for “Cowboy” at UFC 246, the Irishman may want to thank LeBron James for helping him realize how important it is to stay in tip-top shape for big fights like the one he’s got coming up, a lesson that the UFC bad boy didn’t think about just a few years ago.

While speaking to ESPN’s Ariel Hewini, Conor McGregor said that, after reading about how LeBron spends as much as $1.5 million on his body to stay in shape each year, it opened his own eyes to make some adjustments in his own life. While McGregor held back from revealing just how much he invests in his own health, he did tell Hewini that he’s more prone to doing so now after seeing the success it has brought James.

“I read something about LeBron James a while back, about maybe a year ago, that he spent $1.5 million annually on his health. His everything, his nutrition, his training, his everything. And I spent nothing. “I was like that’s not the way to do this. But I drop money on a blatant car, or a watch, you know what I mean? I spend on myself, on my health and my fitness and that’s helped me. Then you acquire more (money). You acquire even more then, when you’re sharp and that’s what I am now.”

It’s pretty interesting to hear McGregor be so candid about this, because, based off of his checkered past, he’s mostly been about flaunting his money and using his wealth as a way to intimidate his opponents. While he’s sure to still do that — after all, he’s expected to get an $80 million payday for UFC 246 when all is said and done — he’s also learned a little bit about reinvesting in his health in order to get such big earnings from fights in his career.

Considering LeBron James is playing at an MVP level for the Lakers and, at 35 years old, looks to be in better shape than some guys who are 15 years younger, it’s smart for Conor McGregor to use the info about James spending so much on his body to his benefit and do something similar. Conor knows he’s still the creme de la creme of UFC, and will draw the biggest crowd — and payday — anytime he steps into the Octagon. But, at 31 years old, he’s closer to the end of his career than the beginning, so every little bit helps in maintaining his spot at the top of the sport.