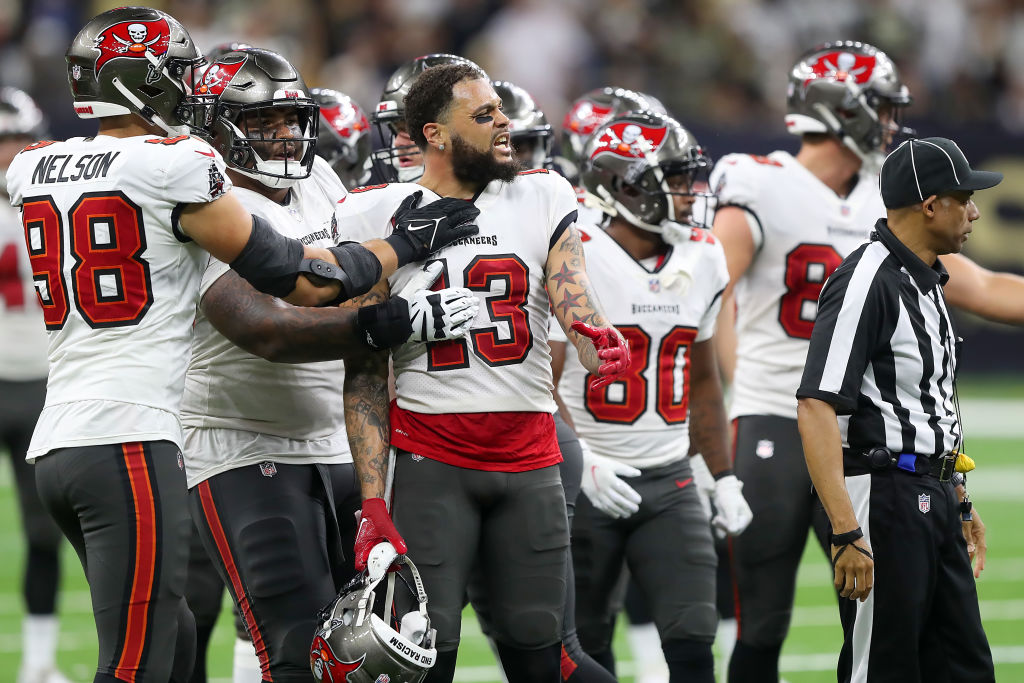 Earlier this week, NFL VP of Policy and Rules Administration Jon Runyan Sr. decided to suspend Evans for one game after the Bucs wide receiver shoved Marshon Lattimore during the Saints-Bucs game on Sunday.

Jon Runyan Sr. is the father of Packers’ offensive lineman Jon Runyan Jr. and fans believe the elder Runyan suspended Evans because the Packers play the Bucs this weekend.

#Bucs WR Mike Evans WILL appeal his suspension. Derrick Brooks & James Thrash handle appeals. Brooks, a former Buc, may have to recuse himself over a conflict of interest.

Isn't THAT a conflict of interest? https://t.co/uUb7LbRKJC

Jon Runyan Jr. spoke to the media on Wednesday and denied that his father intentionally suspended Evans to help the Packers.

“He was just doing his job,” Runyan said on Wednesday. “He’s been doing that job for over a half-decade now. It just so happens that we’re playing the Buccaneers this week. Everybody’s trying to make it this conspiracy theory, which it’s not. Mike Evans, he has a history with Lattimore, or so I’ve heard. This isn’t the first time and definitely wasn’t the second time that something like this has happened.”

Questions have been raised about the involvement of Jon Runyan and Derrick Brooks in the Mike Evans suspension. The league regards it as a non-issue. https://t.co/ubipblp7T5

some have suggested that Jon Runyan, the NFL’s V.P. of policy and rules administration, should have recused himself from deciding the issue because his son plays for the Packers, who are the next opponent of the Buccaneers. If the Bucs don’t have Evans, it obviously become easier for Green Bay to win.

This assumes that Runyan makes the call without input. Per the league, Runyan consults with others in the decision-making process. It also overlooks the fact that Runyan’s decision is subject to appeal.