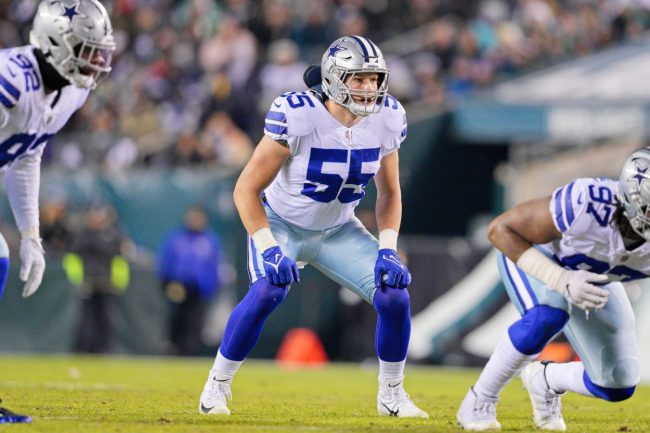 Saturday’s NFC Wild Card game did not get off to a hot start for the Dallas Cowboys. After fans rushed into the stadium to secure their seats like madmen, “America’s Team” (bleh) fell behind 16-7 at halftime.

The Dallas Fort Worth airport jinxed their home team prior to the game and that was exactly how it played out on the field. All of the way down to the jerseys.

Well, whomever is in charge of stitching the jersey got it a little bit twister. As the 6-foot-4, 255-pound linebacker out of Boise State lined up on the second level, his jersey was misspelled.

Clearly, that is not what was supposed to happen. Oops!

I just want to know what the expression on Vander Esch’s face looked like when he got to his locker before a playoff game, went to put on his uniform and saw that they botched his last name. Even though it is not a big deal in the grand scheme of things, that has to be disappointing.

Could they not have gotten him another jersey? Are there not multiple jerseys per player? What if his jersey ripped in half during the game? Is there no backup?