Thinking About Taking Creatine? Here Is What You Need To Know Before You Dive In Head First 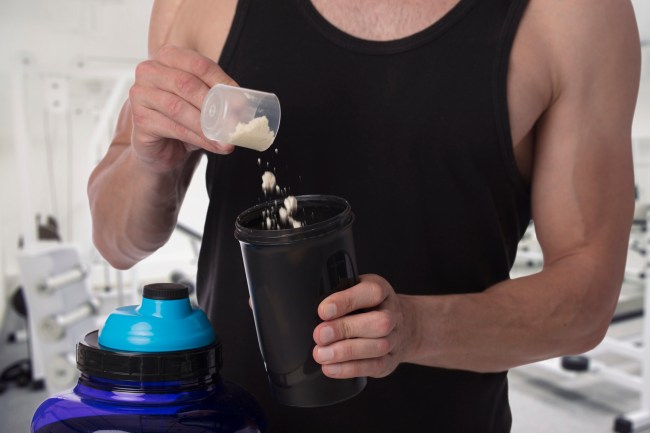 In pervious post here on BroBible I discussed some of the best supplements you’re probably not taking. In today’s post, I’m going to be breaking down one supplement I assume you are taking; and if not, convince you why you should be.

Creatine: What The Hell Is It?

If you have any sort of foot in the fitness or supplement arena, you’ve undoubtedly heard of creatine before. It’s been around for over twenty years and is the most popular and researched supplement ever.

Despite this, there’s a lot of bad information out there surrounding creatine, and it’s use. My goal here today is to set the record straight, and show you why creatine should be in your supplement stack.

So what is it exactly?

Creatine is a naturally occurring amino acid, and is found in certain foods like red meat, and is also produced by our kidneys, liver, and pancreas. The amount of creatine we get from food and produced by our bodies is relatively small, which is why we supplement.

In the body, creatine is used to help fuel the phosphagen system. This is the energy system we use during high intensity activities such as strength training, sprints, jumps, and other sport performance. These activities are short, powerful bursts, usually lasting ten seconds or less.

The muscles can only store a small amount of energy for these activities. Without getting too science-y, basically creatine helps increase this store by providing the muscles with more energy. This lets you perform these high intensity activities for longer periods of time.

This is a common belief by those who know nothing about creatine, but no bro, it’s not.

In fact, not only is it not a steroid, it’s also one of the most researched supplements on the market, with zero findings of any negative long-term side effects. The only issue found with taking creatine is dehydration; which can be easily remedied by, you know, drinking more water.

There are a number of creatine supplements on the market, including monohydrate, liquid, ethyl-ester, dicreatine malate, micronized, kre-alkalyn, and effervescent.

A majority of these are nothing more than marketing ploys to get you to pay more than you need to, and none have been proven to be more effective than basic creatine monohydrate. Many companies make a basic creatine supplement, but this is the one I use.

When it comes to supplementing creatine, many people go through what’s called the “loading phase”. This is basically when you oversaturate your muscles by dosing with 5 grams of creatine 4-5 times per day. Since the muscles can only store a limited amount of creatine however, loading is probably not necessary.

The recommended dose for supplementing creatine is 5-10 grams per day. It really doesn’t matter when you take creatine, but pre or post-workout may be most optimal. Taking it with a protein or carb beverage can increase absorption due to the increased insulin response. This means more creatine will be pulled into the muscles.

On non-workout days, creatine can really be taken whenever. Some people will cycle creatine, meaning they will take it for a certain period of time, followed by a period of time where they don’t take it. This however, hasn’t been shown to provide any additional benefits.

Creatine is a safe and effective supplement, and should be in any bros stack when weight lifting, sports, or other high intensity activities are part of the plan. Stick with creatine monohydrate, but remember creatine is still a supplement, and isn’t a replacement for a good diet or training program.