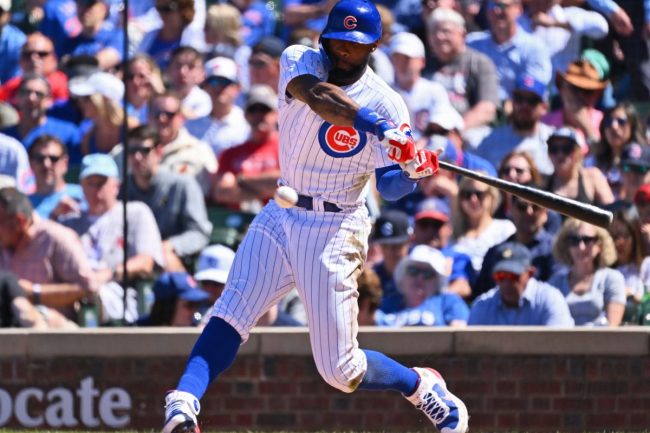 Jason Heyward is in year seven of his eight-year deal with the Cubs. It appears the club will pay him not to play in Chicago next season.

Heyward entered the league way back in 2010 with the Braves. At the time, he was one of the most promising young talents in baseball, proven by an All-Star campaign as a rookie.

In that first season in Atlanta, Heyward hit .277 while smacking 18 home runs. He finished runner-up in the NL Rookie of the Year race and cemented himself as an everyday player for the Braves.

That’s when expectations rose, though, as many quickly began comparing him to players like Hank Aaron. Four seasons and 84 home runs later, he was traded to the Cardinals. Heyward had arguably his best all-around season in St. Louis, hitting .293 with 13 homers and 23 stolen bases.

Chicago then offered the former division rival an eight-year deal worth $184 million. That long-term deal did not work out in the Cubs’ favor.

While Heyward has been a productive player, notching eight double-digit home run seasons and five Gold Gloves, his time in Chicago has been largely a disappointment.

In seven seasons, Heyward hit .245 with the Cubs while averaging just under nine home runs a year. He’s also missed extensive time in the lineup while dealing with injuries, having played just 202 games over the last three years combined.

Following another setback, his time in Chicago has come to an end.

This season, Heyward is hitting just .204 with one home run. After suffering a knee injury, management recently revealed that they’d keep him on the sidelines for the rest of the season to give other players opportunities.

[Cubs President] Hoyer and Heyward have discussed it at length. Just time to move on and Cubs want to give AB’s to others. Heyward indicated to Jed that he wants to keep playing and they’ll let him look for a team this offseason.

With the likelihood of a trade being very slim, the Cubs will probably have to release Heyward and eat the remainder of his contract.

Jason Heyward,who has one year left on his eight-year, $184 million contract,
will be cut loose this winter. #Cubs president Jed Hoyer says. They will pay him $22 million in 2023.

That means they’ll have to pay the outfielder $22 million in the 2023 season whether he’s playing for another MLB team or not. Not the ideal outcome for the Cubs.