Lions’ Head Coach Dan Campbell Dominated His First Press Conference: ‘We Are Going To Bite A Kneecap Off’ 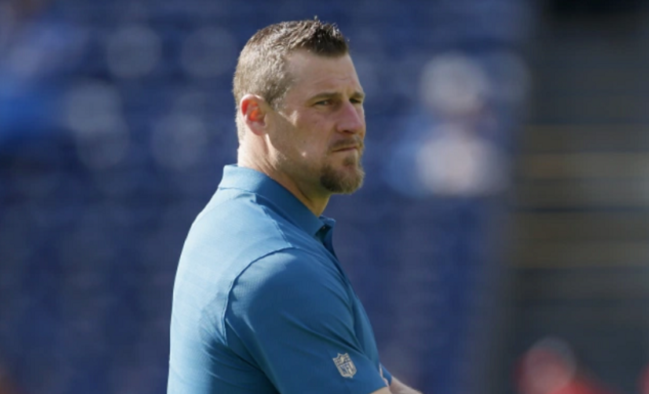 It goes without saying that it has been tough sledding for Detroit Lions fans for a very long time. The franchise has made the playoffs just 12 times in their 61-year history which is about as bad as bad gets. After recently letting go of head coach Matt Patricia it is time for a new era in Detroit and this time there seems to be some hope with new head coach Dan Campbell.

Campbell played in the NFL as a tight end and began his coaching career in 2010 as an intern with the Miami Dolphins in 2010. He served as interim head coach in Miami in 2015, going 5-7, after Joe Philbin was fired.

The following season, Campbell joined the New Orleans Saints’ staff. He’s been assistant to head coach Sean Payton, as well as tight ends coach. Following the Saints’ loss to the Buccaneers last weekend, Campbell has officially taken over the Lions as head coach.

Campbell was introduced to the organization on Thursday and with his first press conference with the team, any Lions fans can’t help but love what they saw out of their new man in charge.

“This place has been kicked, it has been battered, it has been bruised. And I can sit up here and give you coaching words all day long, I can say we are going to win this many games but none of that matters, and you guys don’t want to hear it anyway,” Campbell explained. “You have heard enough of that shit, excuse my language.

"I wanted this job. … Bad. … This place has been kicked, it's been battered, it's been bruised. I can give you coachspeak all day long, none of that matters — you've had enough of that shit.

"This team is going to take on the identity of this city."

What a vicious way to start your coaching tenure. Campbell definitely has his work cut out for him in Detroit but it is safe to say he is off to a powerful start.