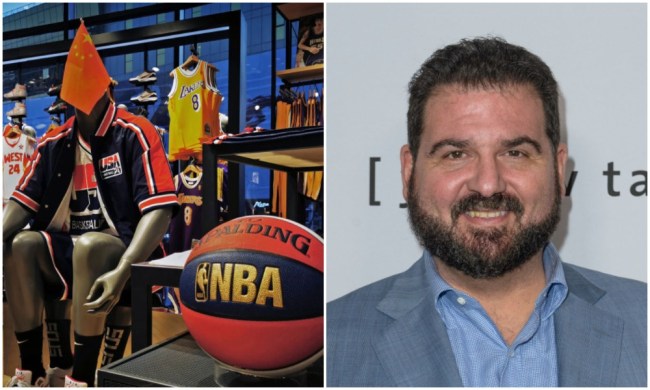 Earlier this week, ESPN published an explosive investigative story about NBA academies in China, specifically a recently closed camp in Xinjiang, and the physical abuse of kids at these camps. Xinjiang is a police state in western China where more than a million Uighur Muslims are being held in barbed-wire camps. One former NBA employee compared the camp in Xinjiang to ‘World War II Germany.’

To put it lightly, the story was an atrocious look for the NBA.

It took some serious investigative journalism and integrity for ESPN to run a story painting the league in such a bad light, especially given the dollars the network makes from the league.

While many shows on the network did not elect to discuss the story at all the following day, Dan Le Batard, Pablo Torre, and Elle Duncan talked about the investigation for an entire segment on ‘Highly Questionable.’

Le Batard began his comments by saying that he was “proud of ESPN” for covering the story while emphasizing his thoughts that the entire media landscape hasn’t covered the NBA China and the United State’s relationship with China as a whole enough or with enough detail.

Torre took things a bit further and called out LeBron James for not speaking about the issues in China. Remember, China essentially told the NBA to shut up and dribble, which they obliged to do just that, in October of last year after Rockets GM Darryl Morey tweeted out “Fight for Freedom. Stand with Hong Kong” showing his support of major pro-democracy protests surrounding an extradition bill introduced in April.

“It’s especially insane, and it’s insane for this reason, I love the NBA. Basketball is my favorite sport, Torre said. “But they didn’t need this, they didn’t need to be in northwest China. They didn’t need to be in China at all. What they did, though, was want it, because there are giant dollar signs all over that part of the globe. The NBA, like so many corporations in America, sees the world as a Risk board. As territories to plant a flag in and conquer and profit off of. Except, in this case, they didn’t do the homework, they outsourced it to the government of China.”

“It is important for LeBron James to talk about this,” he continued. “It’s important because he is a profiteer from this business model, right? When you take the lense and you zoom out even more you think ‘ok, we’re talking about corporations that are outsourcing the oversight of young employees and workers, well, what are those working conditions like?’ Well, that’s the story of sneaker manufacturing, technology manufacturing, this is not uncommon in China. If you’re profiting off of this, it does behuve you to have a little bit of moral clarity even if you run the risk of feeding the critics who simply want to call you a hypocrite.”