Dan Orlovsky Shares His ‘Regrets’ With Justin Fields Comments, Says He Spoke With Fields On The Phone Afterwards 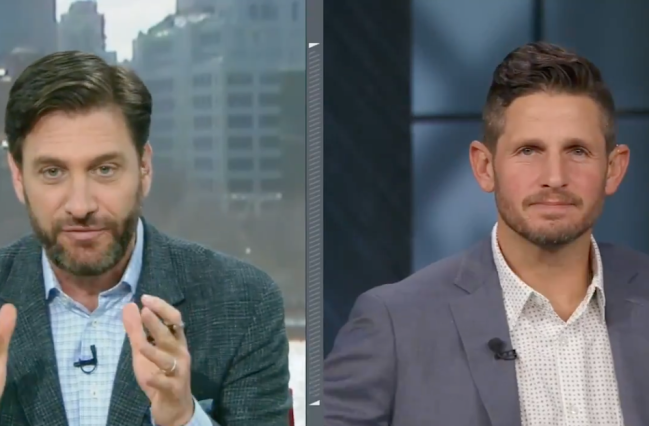 Last week, ESPN analyst and former NFL quarterback Dan Orlovsky found himself in some hot water after an appearance on ‘The Pat McAfee Show.’ Orlovsky was asked why Justin Fields’ draft stock appears to have been dropping recently, and he shared that some of his sources have told him that Fields’ work ethic is a bit questionable.

“I have heard that he is a last-guy-in, first-guy-out type of quarterback. Like, not the maniacal work ethic,” Orlovsky said. “I’ve even heard it compared to Justin Herbert, where it was like, dude, when Justin Herbert showed up, he was like a psychopath when it came to working and get ready for the draft. Or even at school, like, ‘Give me more, I want to work non-stop.’ And I’ve heard that there are issues with Justin Fields’ work ethic.

Orlovsky was then pinned by some as having a racist agenda for his comments about Fields and a possible lack of work ethic. Kirk Herbstreit even committed some ESPN on ESPN crime on Twitter calling Orlovsky’s comments ridiculous.

Orlovsky spoke with NBC Sports’ Peter King following the firestorm and admitted that he made a mistake and regrets not being more clear and specific with his comments.

“He regrets not having more “clarity and specificity” in his comments,” King wrote. “In other words, he should have said something like, This is not what I know first-hand, but in talking to people I know in the league, two teams questioned Justin Fields’ work ethic, and that could be a concern. It’s important that Orlovsky be free to pass along information he finds credible, but it’s equally important to put that information in context.”

He also told King that he called Fields and cleared things up with the quarterback himself. Fields was understanding and recognized Orlovsky as a guy that’s had his back throughout the draft process.

“Justin didn’t have to take my phone call,” Orlovsky said. “He could have said, Screw that guy. I told him exactly what happened, said I wasn’t good enough in that moment, and that’s on me. He was like, I get it. It’s okay. I watch, and I know you’re someone who’s had my back. I appreciate you calling me. I felt like he was really mature, and I appreciated him hearing me out.”

Orlovsky went on to share that the entire situation was a learning process for him during a segment on Monday’s edition of ‘Get Up’ on ESPN. Now, it appears all is fine as Fields and Orlovsky are on good terms, Orlovsky has explained himself, and we can all get back to speculating which team is going to draft Fields for eight hours a day until the upcoming draft.