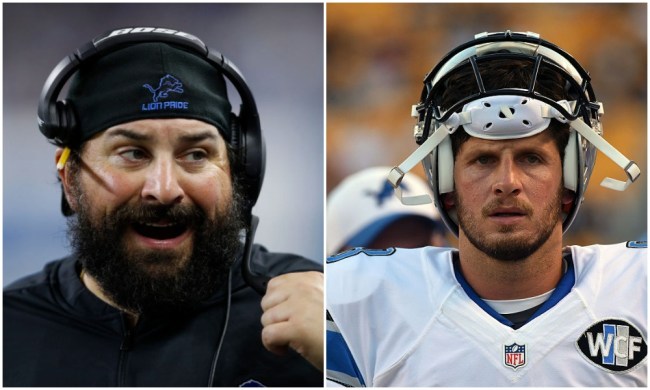 There is no other way to put it, the Detroit Lions have gotten worse since hiring Matt Patricia as head coach ahead of the 2018 season. The Lions were coming off of back-to-back 9-7 seasons before giving Patricia his first head coaching job in the NFL, which is proving to have been a bad decision by the franchise.

While it’s bad enough that the Lions have gone 10-25, which includes a 1-3 record this season, since Patricia arrived on the scene, he’s making things worse by not owning up to his team’s obvious struggles. He comes from the Bill Belichick coaching tree, so coach speak is in Patricia’s blood, but coach speak only gets coaches so far if their teams are losing football games.

After the Lions’ 35-39 loss to the Saints on Sunday, Patricia let the coach speak fly yet again and took things a step further in essentially trying to give himself an excuse that the Lions were so bad when he took over that he still needs more time and more work needs to be done to get where they want to be.

“Obviously, we just lost to the Saints. Let’s just give them credit for this game. They played extremely well and I know we’ve got a lot of work to do.” Patricia told reporters Sunday. Then came the zinger: “Certainly I think when I came to Detroit there was a lot of work to do, and that’s what we’re trying to do.”

See, the thing is, people’s brains do still work despite all that’s going on in the year 2020 and recall the Lions actually being better before Patricia arrived and led the franchise in the wrong direction.

One man that remembers the Lions of the past very well is former Detroit quarterback and now ESPN analyst Dan Orlovsky. During an appearance on ESPN Radio on Monday morning, Orlovsky called out Patricia for his downright false comments.

“To come in a say you had a lot of work to do is completely false. It’s a bunch of trash. Because that wasn’t the case in Detroit. We were a good football team. Matthew Stafford was playing as good as he has in his career. That was because of Coach Caldwell. And we were an organization that was ascending, we were building.”

“To come in and say that you had a lot of work to do is completely false. It’s a bunch of trash!”

Former Lions QB @danorlovsky7 RIPPED head coach Matt Patricia for his post-game comments about what the team was like that he inherited from Jim Caldwell. #KJZ pic.twitter.com/TigGSjI2WY

While Adam Gase is everyone’s favorite to be the first coach in the NFL to be fired this season, Patricia’s seat in Detroit is mighty hot as well.