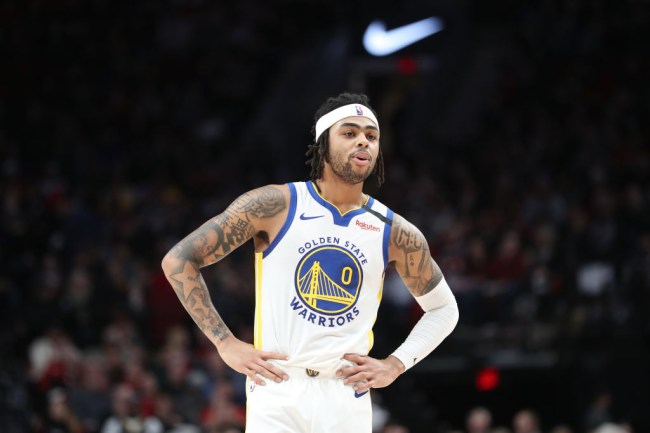 The NBA trade deadline is inching closer as 3:00 PM EST on Thursday is fast-approaching and rumors and reports are starting to come out about what moves teams may make.

Some sort of wild move will surely happen by Thursday because this is the NBA, and ESPN’s Adrian Wojnarowski is reporting about a possible trade involving a total of four teams. According to him, the Timberwolves are engaged with the Hawks and Rockets on a potential four-way deal. That’s just the first step, however as the move could then make way for Minnesota to pursue trading for D’Angelo Russell of the Warriors.

The pieces involved in the potential deal would be Robert Covington, Clint Capela and a number of picks.

The Timberwolves, Rockets and Hawks have the assets to fulfill some of each team’s goals: forward Robert Covington to Houston, center Clint Capela to the Hawks and potentially two first-round picks and an expiring contract to Minnesota, league sources said according to Woj’s report.

For Minnesota, those potential draft assets could be useful in talks with Golden State on a Russell trade or elsewhere in deals at the trade deadline or in the offseason.

The Timberwolves have been engaged in talks with Golden State in recent weeks about a package that includes Russell, league sources said.

One trade involving a total of four teams seems too good to be true, and it probably is, but again this is the NBA and absolutely nothing is outside the realm of possibilities here.

Woj is quick to note in his report that “a gulf has remained between the Warriors and Timberwolves on a possible agreement.”

The Timberwolves have been flat-out bad this season as they sit second from the bottom in the Western Conference. Minnesota recently traded away their top point guard, Jeff Teague, to Atlanta and adding Russell either at the deadline or this offseason certainly would make sense.

Russell is averaging just under 24 points and 6.3 assists per game this season for the Warriors.