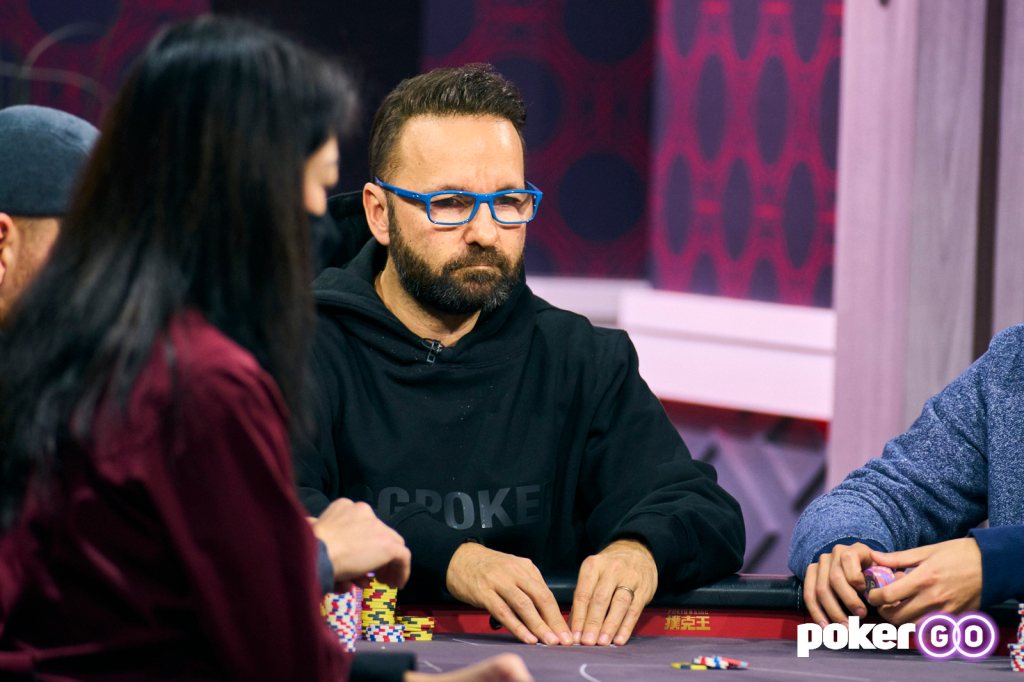 The latest high-profile clash on High Stakes Poker features some of the game’s biggest names. Between these three pros, they’ve won sixteen World Series of Poker bracelets (10 for Phil Ivey and 6 for Daniel Negreanu) and they’ve won tens and tens of millions in poker tournaments.

But this is a cash game. They’re playing with cash out of their own bankroll. When you see Daniel Negreanu with $223K next to his name that’s the actual amount of cash money he had on the table. Phil Ivey had $244K and Patrik Antonius was sitting with $184K.

As I mentioned in the headline, Daniel Negreanu is bluffed out of a $311,500 hand here. What makes this truly remarkable and is also mentioned by the announcers is if this was a typical home game with even above average players there would’ve been at least two players with all their chips in the middle. If this was my home game there would’ve been all three players with their money in the middle.

So it’s interesting to see how this plays out when it’s pros vs. amateurs. Let’s check out the latest clip from PokerGo’s High Stakes Poker.

I’m still a little shocked that Daniel Negreanu folded that hand. Daniel’s won over $42,000,000 in prize money playing tournaments and has a preternatural understanding of human behavior at the poker table.

He’s twice been named the World Series of Poker Player of the Year (2004 and 2013). And the reason I’m mentioning this is because he’s a very, very wealthy man.

Daniel making a decision for his remaining $138K is very different from someone where $138K is a life-changing amount of money. So remove the stress of money and Daniel was staring down at a board where only 10d-10s, 10c-9, or QQ would beat him and at no point did Patrik Antonius play the hand like he was holding those cards, did he?

I’d go as far as saying Patrik Antonius seemed as shocked as anyone after Daniel folded but what we’re missing here is the context of the night. Without going back to watch the full episode of High Stakes Poker to get a sense of how Patrik Antonius was playing all night we’re looking at this hand without context.

For all we know, Patrik could’ve been playing incredibly conservative all night and it was all leading up to this one moment. 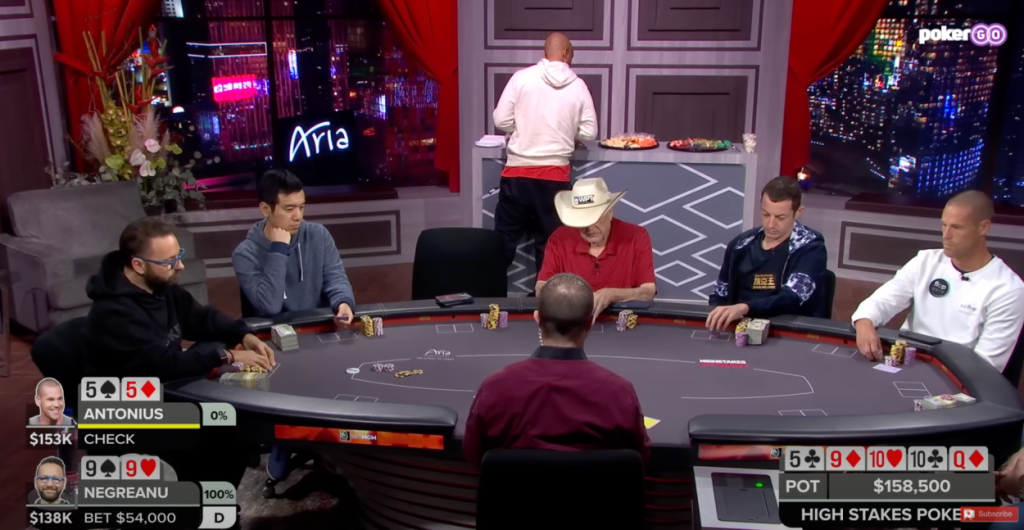 Side note: I have to respect Phil Ivey immediately leaving the table and going to get snacks from the mini bar after folding and exiting that massive hand. I too would be stress eating in that situation.