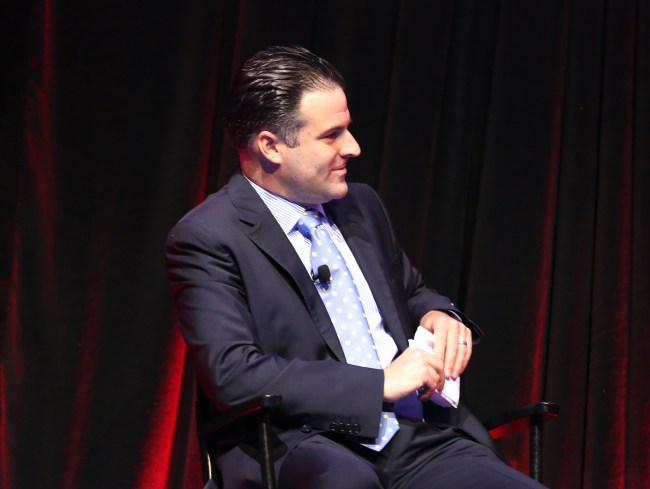 One of the greatest lines in the 1994 sports comedy Little Giants is when Kevin O’Shea clocks fat lineman Zolteck’s 40-yard dash. After what seems like an eternity, a breathy Zolteck asks for his time, and a gum-chewing O’Shea responds, “I don’t know, kid. I don’t have a sundial.”

That forgotten scene rushed back to me when I witnessed Action Network and content machine Darren Rovell’s 20-yard dash at the Nike headquarters.

I challenge you to watch this just once. I believe it to be impossible.

The greatest part about this is that Rovell was teasing the run, as if it was his time to reveal to his 2 million Twitter followers that he had sneaky wheels.

I just did the 40 at Nike HQ, video coming… pic.twitter.com/WOZ7LDUzXW

That did not turn out to be true.

And Twitter was very forgiving and understanding. Just kidding, that’s not true either.

Jesus Christ is he okay??

If I only saw his upper body I would have thought he was flying.

he runs like he tore both his achilles before starting

That’s a mean power walk!!! Why did he keep looking down? pic.twitter.com/w8Y7fzcmWp

Hey, give Rovell some credit. If he finished the next 20-yards in .21 seconds, he’d have the fastest 40 time on record.