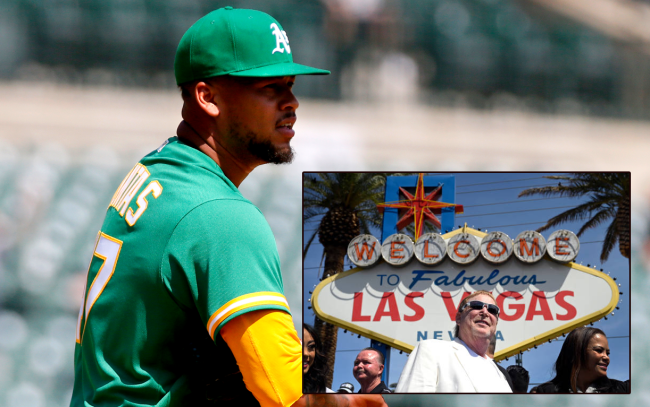 With attendance for baseball games at the Oakland Coliseum being the lowest in all of Major League Baseball this year, the Oakland A’s have been moving forward with serious plans to move the team to Las Vegas.

The A’s would be the second professional sports team to move from Oakland to Sin City this decade, following the Raiders’ relocation there in 2020.

One person who was along for that ride with the Raiders is the team’s star tight end Darren Waller.

Waller, who played his first two years in the NFL in Oakland, has now spent two seasons in Las Vegas plying his craft at the new home of the Raiders, Allegiant Stadium in Las Vegas. He also has been one of the most high profile athletes in Vegas for a couple of years now and has a good read on what’s happening there when it comes to the sports climate in the city.

He believes, based on the reception the city has given the Raiders and the support Vegas gives its other sports teams (the Golden Knights led the NHL in attendance for the 2021-22 season), it’s just a matter of when, not if, the town gets a MLB team as well as an NBA team. (The NBA infamously held the 2007 All-Star Game at UNLV’s Thomas & Mack Center.)

“Vegas, for a sports town, we are definitely getting an NBA team and definitely getting an MLB team,” Waller said in an interview this week with Sports Seriously. “I feel like it’s only a matter of time just by the way these fans support and show up and go wild for the teams that are already here. I feel like it’s a no-brainer. I can’t wait to be here, living here, playing here still, when it happens.”

Waller continued, “We were like the Clippers when we showed up. We played a softball game against the Knights at the minor league ballpark in Summerlin, and the fans went crazy for the Knights. They were happy for us too, but the Knights are their squad.”