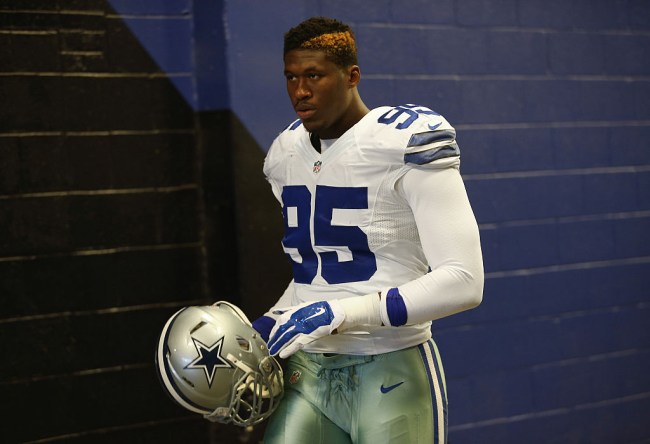 It’s truly hard to fathom just how much money most professional athletes make, and even if you’re not a superstar, you usually don’t have to worry too much about your finances unless you hired your second cousin to be your money manager.

Of course, there are plenty of other ways to shoot yourself in the foot, which Dallas Cowboys defensive lineman David Irving has managed to do on multiple occasions.

In 2017, Irving was suspended for four games after testing positive for marijuana and decided he might as well kick off the 2018 season the same way after once again violating the NFL’s substance abuse policy.

After serving out his punishment, Irving was officially reinstated by the league before—you guessed it—failing yet another drug test that resulted in him being suspended indefinitely.

While Irving could theoretically return to the league at some point if the two parties can reconcile their differences, it doesn’t look like he has any plans to change his ways according to a picture that he recently posted.

Sounds like David Irving doesn't intend on attempting a return to the NFL until its policy on marijuana changes. pic.twitter.com/ZTSGnWqDnR

Irving has previously called out the NFL for its puritanical approach to the drug and accused it of handing out prescription painkillers like Santa throwing candy canes at a Christmas parade. 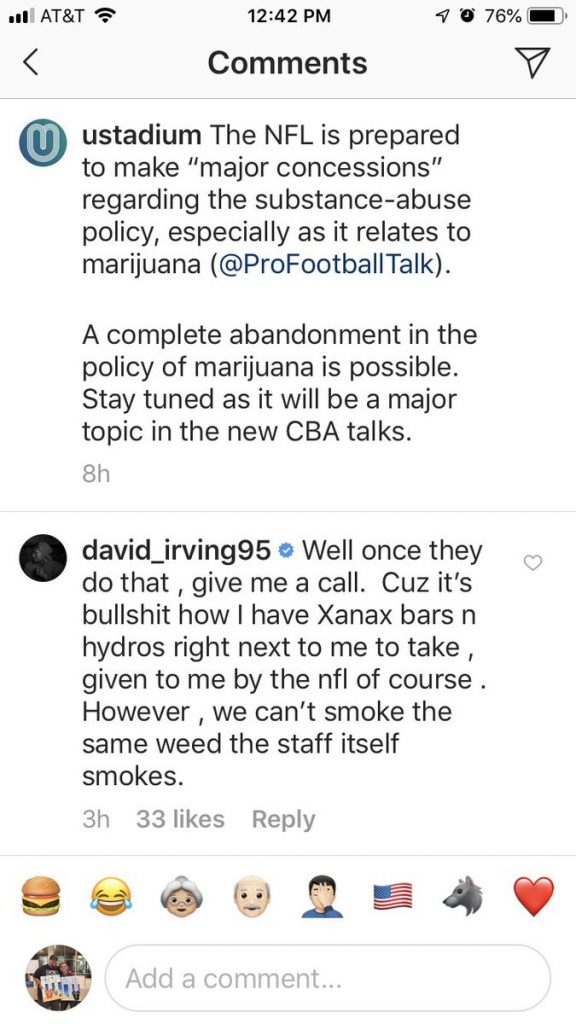 Look. As Jonah Hill taught us all, weed is very, very tight.

While I’m sure Irving has made enough money to sustain himself for a little while, I can’t imagine living in a world where I cared more about smoking weed than getting paid millions of dollars to play a sport (even if playing that sport has terrible repercussions in the long term).

While the NFL is still being pretty dickish when it comes to marijuana, there’s a good chance the league could come to its senses at some point in the near future.

I guess Irving will be waiting patiently until that day comes.