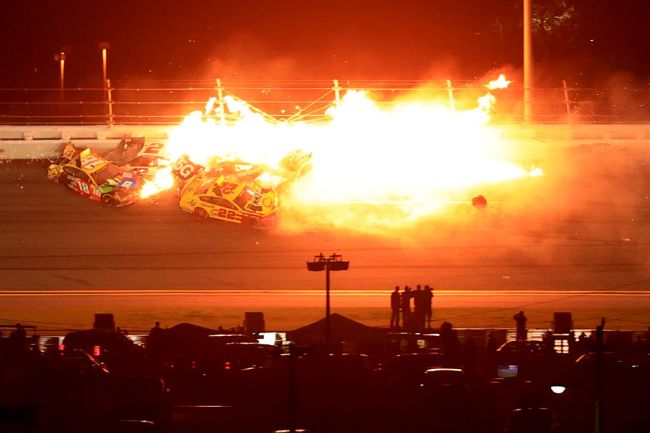 A previous article referred to a 16-car pile-up as “The Big One” at the Daytona 500 earlier today, but it was only the precursor to a crazy day of racing that resulted in a serious crash on the final lap. “The Big One” is a term used to describe a near-inevitable crash that typically happens at the end of The Great American Race and it happened at the very last moment on Sunday. A caution came out and gave Michael McDowell his first-career Cup Series victory after 357 starts. He lead just one lap (and not even the entire lap) and it ended up being the only one that would matter.

The victory came after a five-hour weather delay that saw the drivers go out and get food before getting back in their cars. After the race resumed its remaining 185 laps, Joey Logano and his teammate Brad Keselowski were in good position to take the first two spots until latter tapped the bumper of the former. Keselowski went low on Logano, McDowell didn’t life and chaos ensued from there.The move resulted in a huge upset for McDowell, who was listed at +6600 odds to win and +325 odds to place in the top 10 on BetMGM prior to the start.

This is such a beautiful illustration of the underdog spirit.@Mc_Driver put on the fire suit and got in the car to race on NASCAR’s biggest stages 358 times, winning only once in 13 years.

At the #daytona500, the stars finally aligned for a W. 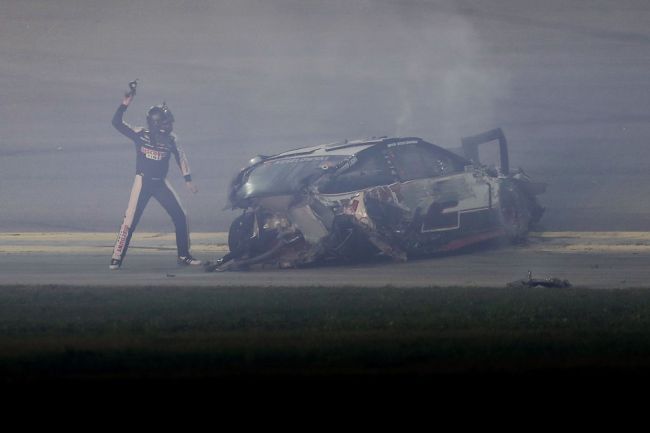 It was the third dust up of the evening, but using the term dust up puts it lightly. The first came 15 laps into the race and took out nearly half of the field before the delay began and the second occurred in Stage 1 of the restart on Sunday night.

There was nearly another that would have really thinned out the field, but the other drivers were mostly untouched.

This almost got ugly 😅 #Daytona500 pic.twitter.com/jb2uhd7K4L

McDowell is no stranger to crashes himself. The 36-year-old was caught in a very serious multi-flip accident during a qualifying run in 2008. He was fortunate to come out alive.

Though it came in a unique way, McDowell’s win is poetic. To get back in the car after a crash like that takes some serious guts. To go 357 starts without a win only to get his first on the biggest stage is a great ending.