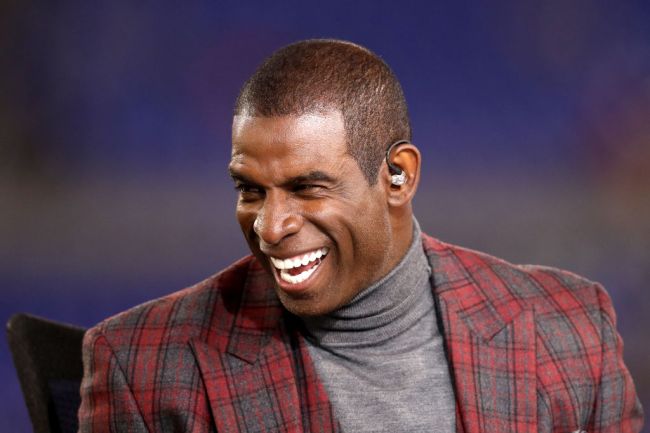 As everyone expected, Deion Sanders’ short time as the head football coach at Jackson State has been entertaining.

The new year kicked off for Primetime in an unfortunate way as he had his beloved boombox stolen from his truck. He put up a reward for anyone that could find it. Someone eventually delivered the boombox to the university with an anonymous note that stated they didn’t want any of the reward money but instead wanted Sanders to bring back hope to Jackson State.

With the boombox saga behind him, Sanders is now having to deal with his players peeing all over toilet seats in the team’s facility. He took things into his own hands and taped two messages above the toilet. The first one reading ‘if your aim is off, do the split, just hit the water fellas’ while the second one says ‘treat this toilet like your mama got next.’

Sanders wrote in the caption of the Instagram photo that missing the toilet was one of his pet peeves:

This is 1 of my Pet Peeves so I had to leave a message to get my point across. Stop taking for granted kids know certain disciplines & etiquette. A lot of young men & woman hadn’t been taught a THANG.. Real Coaches don’t ever stop coaching.

Not only is Primetime having to coach up his players at Jackson State, but he’s also having to teach them how to go to the bathroom.

The toilet-mama message isn’t even the best or funniest part of the picture. ‘Just hit the water fellas’ being in a different color font below the first message is legitimately funny. Did he mean to do this when he made the poster? Did he tell some intern or his secretary to ‘make it look good.’