Cowboys’ DeMarcus Lawrence Savagely Breaks The Spirit Of Young Giants Fan After Refusing To Sign Autograph: ‘Suck It Up’ 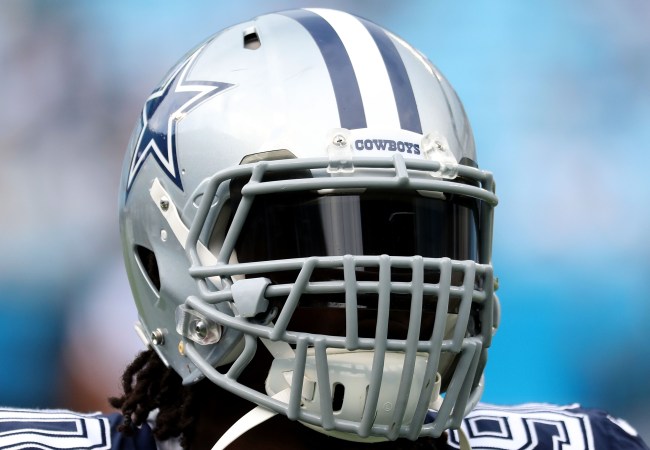 There are two types of fans in this world:

1.) RIDE OR DIES: consisting of fans who throw opposing team’s home runs back onto the field, burn jerseys of players who abandon their teams, struggle to maintain relationships with friends of rival teams in-season, and would deeply consider trading their wives for a championship.

In this brief moment, this young Giants fan learned more from Cowboys stud defensive end DeMarcus Lawrence about loyalty, failure, and entitlement than any curriculum could ever convey.

It all went down following the Cowboys 35-17 victory over the visiting Giants. This youth, decked out from head-to-toe in Giants gear, had just watched his team get whacked and was hoping to milk something out of the loss via an autograph from an NFL player.

Instead, the two-time Pro Bowler treated him like the Benedict Arnold he is, while peering over his shoulder and saying: “You need the right jersey.”

The online whining got so bad that Lawrence released a statement of his own, doubling down:

It’s crazy how you fans want to attack me for not signing for a kid. It’s more than one kid that come to the game with Cowboys jerseys and never get to meet any player. So if I’m honest with my own kids I will never treat your kid better than mine so suck it up. #SorryNotSorry https://t.co/FwI7SI8rYS

Word to the wise: If you’re going to ask for an autograph from DeMarcus Lawrence, you best come correct.