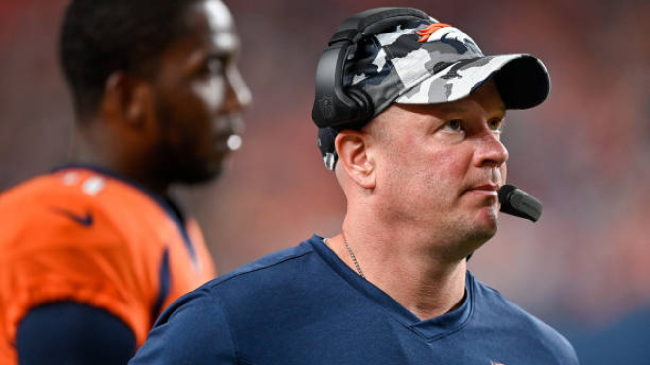 Nathaniel Hackett’s first game as the head coach of the Denver Broncos couldn’t have gone much worse.

The team headed into Seattle favored by nearly a full touchdown, but didn’t look the part on Monday night. The Broncos struggled in the red zone, fumbling twice near the goal line and settling for a 26-yard field goal late in the game.

However, it wasn’t any of those moments that will end up haunting Hackett after his first game in charge. Instead, it was a very questionable decision he made with time winding down in the game.

With under a minute left, the Broncos poorly managed the clock and wound up in a situation where they had a 4th and 5 from the Seahawks’ 46 with 20 seconds on the clock.

Instead of putting the ball in the hands of their star quarterback, Russell Wilson, the decided to try an improbable 64-yard field goal. The decision didn’t work out and the Broncos lost 17-16, leading to Hackett being questioned by many around the football world.

Now it seems he has changed his mind on his decision, opening his presser today by revealing that he believes they should have put the ball in Wilson’s hands.

Broncos coach Nathaniel Hackett just opened his Tuesday presser with “looking back on it we definitely should have gone for it.”
— on the field goal decision.

The realization unfortunately won’t change anything about the outcome of this week’s matchup, but at least it seems like Hackett is willing to learn from his mistakes as a first-time head coach.

Hopefully Hackett will make a point of putting the ball in the hands of his star player going forward as it’s the Broncos’ best chance of competing in a loaded AFC West.