Deshaun Watson Reportedly Willing To ‘Play Hardball’ And Sit Out If The Texans Don’t Trade Him, Could Cost Him $620k A Week During Season 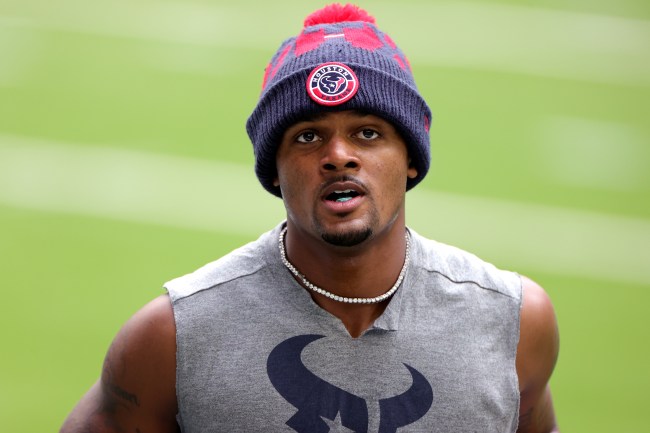 It seems like Deshaun Watson is dead set on not playing another snap for the Houston Texans.

On Thursday morning, ESPN’s Adam Schefter revealed that Watson had formally requested a trade from the team weeks before the team hired a new coach.

On the latest edition of FS1’s Undisputed, Shannon Sharpe added that Watson is willing to “play hardball” with the Texans if he doesn’t get traded because his relationship with team owner Cal McNair is beyond repair.

"Unfortunately, I hate to break it to the Texans fans, my sources have told me that Deshaun has requested a trade several weeks ago. He's made it clear he wants out of Houston." — @ShannonSharpe pic.twitter.com/jhrWfAX192

My sources have told me that Deshaun Watson has requested a trade. He requested a trade several weeks ago. He’s made it abundantly clear, I do not want to play for this organization, and what I was told he said I am willing to play hardball in order to get my way out of here.

If Watson does indeed follow through on his promise to sit out during the season he would end up sacrificing $620k per game in forfeited salary.

It’s currently unclear how the Texans plan to react to Watson’s trade request but they do have plenty of options on the table.