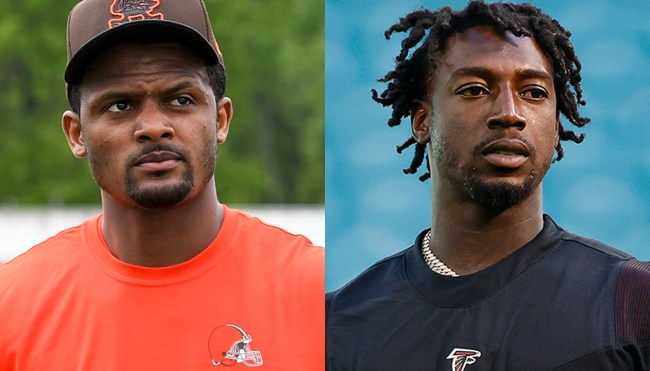 Based on the nature of the many allegations DeShaun Watson found himself at the center of and the many reports concerning the NFL’s lengthy investigation into the matter, it seemed like there was a very good chance the league was gearing up to set an example by hitting the quarterback with a fairly severe punishment.

As a result, if you were surprised by the proposal that was released on Monday morning, you weren’t alone; the retired judge who was tapped to dole out that penalty appeared to err on the side of leniency by opting for a six-game suspension that would force Watson to forfeit $345,000 in salary (a proposal that also includes a fairly damning clause concerning future massages).

It’s worth noting Roger Goodell does have the power to overrule Sue L. Robinson’s decision in the coming days, which could be a very real possibility when you consider the league reportedly put a much more severe offer on the table while pursuing a settlement with the QB.

The Watson situation was already a public relations nightmare for the NFL, and it’s safe to say tons of people are very underwhelmed by the possibility of him only being forced to sit out for six games when everything was said and done.

A lot of fans were quick to compare that ban to others that the NFL has handed out—including a number of them who were quick to point out Calvin Ridley is slated to forfeit over $11 million after being forced to sit out the entire 2022 campaign (and possibly longer) because he wagered $1,500 on NFL games last year.

He got suspended indefinitely, through at least the entire 2022 season and possibly more.

If the NFL is reading the room right now, it should be pretty evident that declining to overrule Robinson’s ruling would be the textbook definition of a “bad look.” However, we’ll just have to wait and see how this ultimately unfolds.