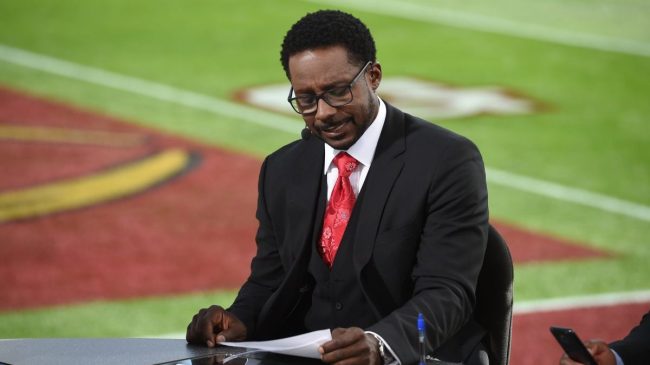 College football is completely and utterly unpredictable. It’s that unpredictability that makes fans come back week after week. But sometimes, only sometimes, you have a pretty good idea of how things are going to shake out.

In fact, fans thought it was far more likely that none of the team made it than it was that all four would. As it turns out, Howard’s prediction took just two weeks to look completely utterly ridiculous.

Week one of the college football season offered signs that maybe Howard was a bit off base. Pitt began the season with a nail-biting 38-31 Backyard Brawl victory over West Virginia. Then Texas A&M looked solid yet unspectacular in a 31-0 win over Sam Houston State.

Those teams proved to be Howard’s downfall on Saturday.

Desmond Howard sees another one of his playoff teams lose today. pic.twitter.com/RfKRQENHyD

It began with Aggies dropping a 17-14 game to visiting Appalachian State at Lane Stadium. Texas A&M had a chance to tie the game late in the fourth quarter. But then this happened.

Texas A&M with the worst field goal attempt all time, my god pic.twitter.com/AJEiE5UFU0

That was one pillar of Howard’s house of cards down. Not 30 minutes later, another would fall as the Panthers dropped a 34-27 overtime matchup to visiting Tennesee.

Pitt had the ball with a chance to tie or win in overtime. But backup quarterback Nick Patti took a brutal sack to all but end their hopes.

Nick Patti takes a terrible sack in the wrong moment in 3rd down. 4th down and 20 to score. #Pitt down to its final spot.

So in less than an hour, half of Desmond Howard’s College Football Playoff teams already look eliminated from contention.

Maybe we can try again next year, Des.