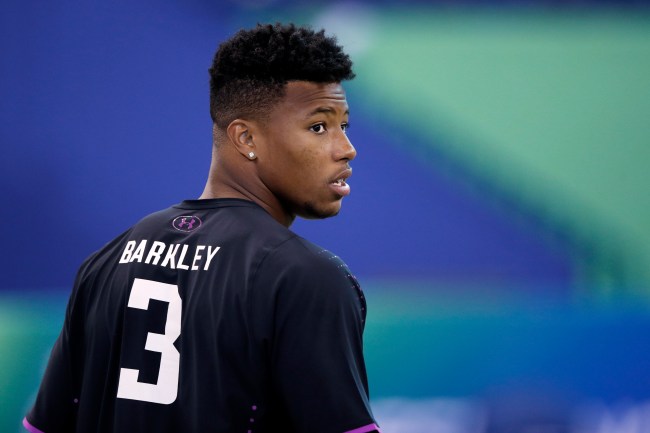 The hype surrounding Penn State running back Saquon Barkley is so real that an NFL assistant coach said: “I would punch myself in the nuts many, many, many times to be able to draft him.” There aren’t many prospects in recent memory worth several swift and punches.

The 6’0″, 233 pounder has had such a phenomenal combine that he could very well be picked first overall by the Browns and become the first running back chosen #1 since the Bengals took Ki-Jana Carter in 1995.

These combine numbers are otherworldly…

A couple tried-and-tested NFL stars were not happy with NFL Research hyping Barkley at the perceived expense of them. Devin Hester, the man who literally raced a cheetah and won, hopped on Instagram to take back his shine.

“No disrespect to S Barkley But I ran in the combine with a pulled hamstring with sneakers on, just so I wouldn’t make it any worse. Was told by all the scouts that if I did bad that I could make it up at pro day. @nfl@nflnetwork@NFLResearch do you really think he was faster then me!!!!😂😂😂😂”

Julio Jones wanted in on the fun. Jones was diagnosed with a broken foot immediately following the combine in 2011 and he decided to mention that fact even though the stat compared his vertical to Barkley’s, not his 40 time.