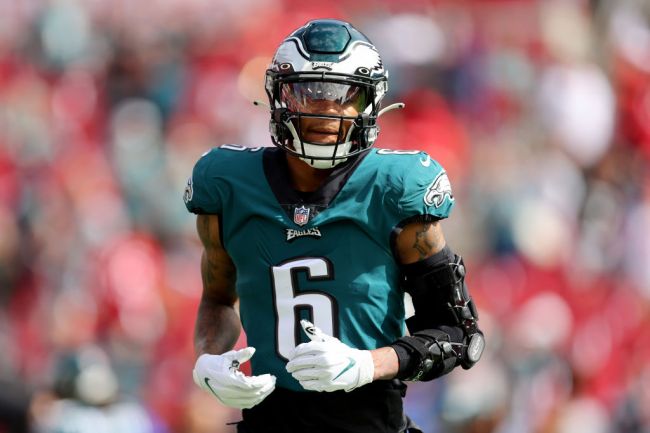 It has only been a year since the Philadelphia Eagles selected DeVonta Smith in the first round of the NFL Draft, but he is already living life like he was born on the East Coast.

The native Californian was speaking to the media after today’s Eagles practice and revealed that he has developed an addiction since moving to Philly. According to the standout second year receiver, he has an addiction to Wawa.

“You know what’s crazy.
I’ve got a @Wawa addiction”

“I literally eat one every day, for some reason”@DeVontaSmith_6 says he is eating more and is a little bigger

To be more specific, Smith said that he’s addicted to their honey turkey sandwich, which he claims he eats every day.

Wawa is a very popular convenience store that provides many on the East Coast with their daily coffee, sandwiches, or whatever snacks they may find themselves needing on their way to work.

The convenience store responded to the comment from Smith and seemed to appreciate the support.

We're addicted to hearing this 🙌🏽 https://t.co/Lf3VIJA4xF

If Smith is headed for a year 2 breakout in the NFL after posting 916 yards and 5 touchdowns as a rookie, football fans everywhere will now know exactly why. It will be because Smith spent his offseason fueling himself with Wawa sandwiches.

That could be just what the Eagles need as they hope to see a revamped offense during the 2022 season that will now feature AJ Brown playing alongside Smith.

This is also great news for the Eagles, who now know they won’t have to worry about Smith demanding a trade to get a bigger contract after next season because he might have to move somewhere that doesn’t have Wawa.