Dez Bryant Is Back In The NFL. He Still Didn’t Catch It, Technically. 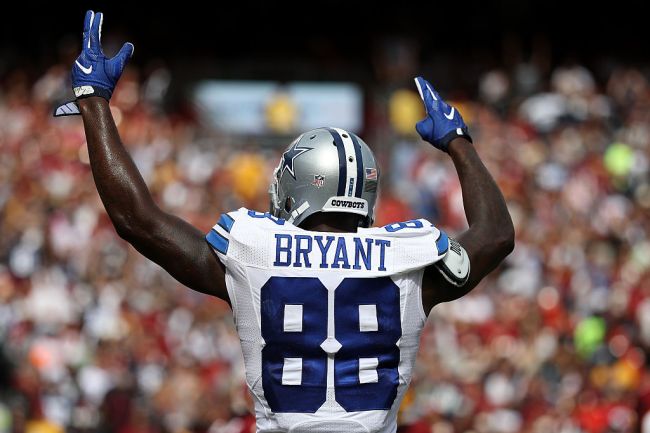 Veteran wide receiver Dez Bryant is signing with the Ravens, per NFL Network’s Ian Rapoport. The 31-year-old has been out of the NFL since 2018 and has reached an agreement to join the practice squad in Baltimore.

Source: The #Ravens are signing WR Dez Bryant to the practice squad. Officially back.

Bryant, who most notably played seven years with Dallas, reached three Pro Bowls with the Cowboys and was named a First-Team All Pro in 2014. The 6-foot-2, 220-pound Oklahoma State product was selected with the No. 11 overall pick in the 2010 NFL Draft and was once one of the most explosive receiving threats in the league.

However, he might be most remembered for a controversial call during the 2014 NFC playoff game against the Packers that sparked the ever-prevalent debate of what is a catch. Bryant made a wildly athletic play to win a jump ball that would have set up an easy 1st-and-goal. Instead, the officiating crew ruled that he did not complete the catch and the Cowboys went on to lose by one score. The league has since acknowledged the blown call, and Dallas fans are still salty to this day, but the result remains the result. It was not a catch.

Jerry Jones elected to part ways with Bryant prior to the 2018 season and it made a lot of people scratch their heads as to why. He was the team’s leading receiver in 2017, but his history of sideline outbursts and tirades directed at the media became too much for the organization, especially considering his slight drop in production and the $16.5 million cap hit he would have accounted for the next season. Bryant made it very clear that he did not intend to part ways.

Cowboy nation I need you to know this wasn’t my decision.. I will always love y’all… forever Dallas in my heart

Nonetheless, Bryant was an incredible talent that would have been welcomed by most teams seeking depth on the outside. He signed with New Orleans midway through the 2018 season but blew out his achilles in practice only two days later and has not seen the field since.

Bryant chose not to sign with a team last season and spent the entire year rehabbing his injury instead. The Ravens have shown interest in the eight-year veteran throughout the early part of 2020 and invited him for a workout in August. Baltimore chose not to sign Bryant at the time but chose to bring him on to the practice squad on Tuesday, a move that allows head coach John Harbaugh and his front office to evaluate his health and how he can contribute to the team without fully committing or paying a fortune to someone who may be past his prime.

If Bryant is able to produce at even a fraction of the level that he did with the Cowboys, his big frame and veteran leadership could prove extremely valuable for a young receiving core that is led by Marquise Brown, Miles Boykin and Willie Snead IV. Quarterback Lamar Jackson has been unable to get much going in the passing game through the first seven weeks of the season and Bryant could be the spark that provides consistency over the middle.