Do NOT Draft These Players In Your Fantasy Football Draft, According To A DFS Mastermind 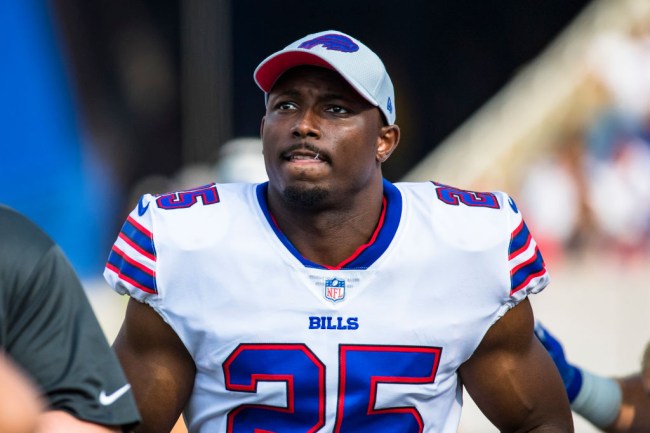 **Editor’s Note: With the NFL season fast approaching, we decided to bring on a Daily Fantasy Football juggernaut to help you bros with gain a unique perspective and strategy that can help you dominate your leagues. Kevin Dudzinki is ranked in the top 5% of all DFS players, according to Rotogrinders.com, and has made a killing on fantasy since he started in 2013. Learn more about Kev HERE and follow him on Twitter HERE.***

Now that we have identified some STEALS for you to draft in my previous article, let’s have a look at some players to avoid.  Again, we are using FantasyPro’s Average Draft Position to determine players who are overvalued.

There is quite a bit of uncertainty surrounding McCoy right now.  Currently under investigation by the police, McCoy is being drafted in the beginning of the third round.  With the uncertainty of his playing status potentially, this is a very risky pick.  In the past, McCoy would have been a good value at this position, as a high volume workhorse for Buffalo.  However, Buffalo projects to be one of the worst offenses in the league, being led by either a 2nd year QB who threw 5 interceptions in his one and only start in one half, or a rookie quarterback known for accuracy issues.  This is going to allow teams to load up defenders near the line of scrimmage and concentrate on stopping the run game.

McCoy is an absolute avoid for me across the board.

Freeman has entered camp with a lot of buzz after a stellar career at Oregon.  He hasn’t played poorly this preseason, however just recently the Broncos announced that Devonta Booker would be the week 1 starting RB.  While I do suspect that Freeman will eventually wrestle the number one spot away from Booker, there is no telling when that will happen.

Surrounded by players like Lamar Miller, Kenyan Drake, and Alex Collins being drafted in the same range, I’m more interested in all of them and their more clearly defined roles.

Go trade for Freeman in week 2 when his owner is upset he hasn’t blown up.

Marvin Jones was outstanding this year, but unfortunately his situation has changed.  With Golden Tate manning the slot as usual, we have been told by the coaches that Kenny Golladay will be playing on the outside in 3 WR sets for the Lions.  This affects Marvin Jones, as last year, his target percentage and catches per game both dropped significantly when Golladay was on the field.  Using that as our baseline, we can expect Jones to regress this year, and being unable to put up the same type of year he did last year.  I’m buying Chris Hogan and Demaryius Thomas in his same price range.

Olsen missed a good amount of games last season, and isn’t getting any younger at age 33.  Although he should be “fine” this year, you are going to be able to get similar production from another tight end, further down the draft.  In the past, Olsen has been seen as the number one target for the inaccurate Cam Newton, basically only competing with the vastly overrated Kelvin Benjamin.  Now, he is competing with the emerging Devin Funchess, athletic freak rookie DJ Moore, and one of the top pass catching running backs in the league in Christian McCaffrey.  I fully expect his target share to fall, and him to not warrant the 5th tight end off the board.  I’m buying Trey Burton, David Njoku, and George Kittle, several rounds later.

Remember, heading into your drafts this weekend, minimize risk, draft your QB late, your Def and K in the last 2 rounds, and accumulate all the depth you can at RB and WR.  Go ace those drafts, and come back next week, when we begin breaking down the best plays on DraftKings for week 1!