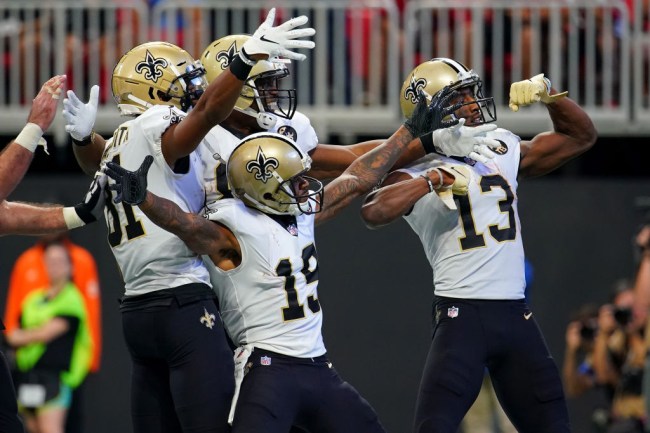 Welcome to week 11 everyone!

This should be an interesting slate, as the game of the year (Rams/Chiefs) is the Monday night game, which leaves us looking elsewhere for fantasy goodness. Let’s have a look at how we should attack this slate on DraftKings!

My initial thought is this is going to be a similar week to last week. I’m really going to want to find a cheap quarterback, so I can fit in as many studs in awesome matchups at other positions. So on the cheap side, I’m looking at Deshaun Watson at only $5700 vs the Redskins. The matchup isn’t pristine, but Watson offers an extremely high floor because of his rushing capabilities, and he always offers us slate winning upside. I’m also intrigued by Ryan Fitzpatrick at $5600 and Eli Manning at $5200. It’s tough to actually click on these guys to put them in your lineup, but I like this game to be an under-owned shootout. Both defenses are sub-par, and both teams are pass-heavy attacks. I like this game to be one of the top scoring on the slate, and with cheap quarterbacks, they let me get stacks, and pay for studs.

Let’s start with the studs this week, because there are plenty, and it’s hard not to make a case for them all. As stated above, I’m in on the Giants/Bucs game, and I expect Saquon Barkley at $8700 to have a massive game. His floor is extremely safe, as he can safely be projected for about 25 touches per game, with 5-7 of them coming through the air. The more targets a running back receives, the better, provides us with an even safer floor because of points per reception scoring. Next I love David Johnson as well at only $7500. Johnson and the Cardinals underwhelmed like crazy to start the season. However, since promoting Byron Leftwich to OC,  Johnson has seen an increase in touches, as well as targets per game. In a great matchup against the awful Oakland Raiders, DJ should smash again this week. Dion Lewis’s price has remained the same at $4800. He didn’t crush last week, but he didn’t kill you either. Most people will be left with a sour taste in their mouth though, because he didn’t do anything special. I think this is another prime spot for Lewis, where we can safely project him for 16-20 touches. At still a low price, I am a fan of Lewis again. Other guys I will be having in tournament lineups include James Conner, Mark Ingram, Alex Collins, Melvin Gordon, and Ezekiel Elliot. Elliot and Gordon belong in the same tier as Barkley, there really is not wrong answer between the three.

On the high end of the spectrum, I’ll be looking at Michael Thomas at $8800 in his weekly smash spot. Thomas is quietly having a season for the ages, and this week against the Eagles should be no different. I love Odell Beckham for slightly cheaper at $8400, and DeAndre Hopkins should get peppered with targets at $7900. Keenan Allen looks significantly underpriced at $6700, even though the matchup is a little bit more difficult than usual as he’ll get Chris Harris when lined up in the slot. Marvin Jones and Kenny Golladay should continue to see massive targets in the mid price range, and Amari Cooper at $5400 looks like a good value, as he’s been heavily involved in the offense since joining the Cowboys.  On the cheap side, you can look at Courtland Sutton again, and Seth Roberts is a fine punt play at $3000, but he almost certainly does not offer you tournament winning upside.

More than likely, I’ll be looking to find the cheapest viable tight end I can this week in order to fit the studs at RB/WR. Ricky Seals-Jones on the Cardinals should get a few targets at $2900 providing plenty of salary relief. I like going to CJ Uzomah again, as the Bengal’s wide receivers should struggle against the Ravens secondary, and James O’Shaughnessy is a complete punt play at $2600 who you can close your eyes and pray he finds the end zone. If you want to be contrarian in tournaments, pay up for Zach Ertz, as he’s expensive at $6600 but could have a huge game, and give you some leverage in tournaments.

Let’s get a moment of silence for Nathan Petermann, as he was released by the Bills this week. Unfortunately, it looks like our “play the defense against Petermann and the Bills” mantra is gone. So looking elsewhere, I’ve got interest in Arizona at $3100 against the putrid Raiders. I also like Houston at $2600 against Washington’s banged up offensive line, and New Orleans as a complete punt at $2100, as the Eagles are allowing multiple sacks per game.

Good luck everyone, see you at the top of the leaderboards! Any questions, hit me up on twitter @kevdudz