DFS Mastermind: NFL Players Primed To Have A Big Week 6 And Make You Cash 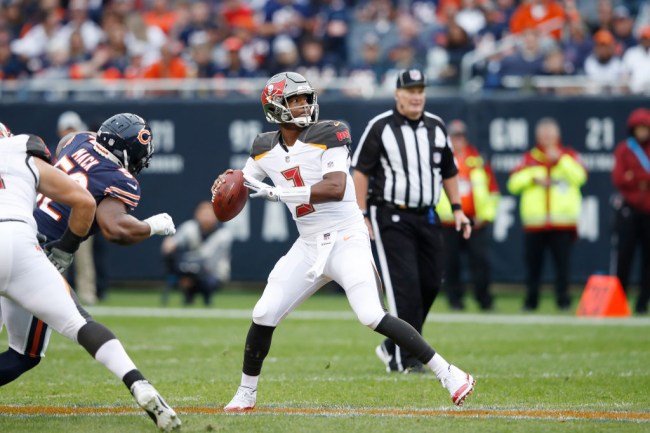 Welcome to week 6 of the season. It sure seems to be flying by fast, and we are starting to be able to identify this year’s trends and teams to pick on. As has been the last few weeks, there is a game that jumps out at us to play, and this week that is Atlanta vs Tampa Bay. Let’s take a dive into this week’s best plays.

Let’s call this what it is, Draftkings pricing algorithm this week blew it. Winston is priced entirely too cheaply in a dream matchup vs the Falcons. This game has an absurd over under of 57.5 and should see plenty of fireworks.  The Falcons have been hemorrhaging fantasy points all season, and this matchup should be no different. Winston is far too cheap in this matchup, and is a lock for my cash games, and plenty of my tournament lineups as well.

In three home games this season, Ryan is averaging 35.73 DK fantasy points per game, and gets the best matchup of the season this week. He is averaging 3.33 passing touchdowns per game as well, so Ryan is extremely safe in cash games, and has elite upside in this matchup against the league’s worst pass defense.

There was talk last week that Joe Mixon would be eased back into the lineup in his first week back from a multi-week injury. Mixon responded with 100% of the team rushing attempts, and 25 total touches. This week he gets the Steelers at home, with a very high over under, and with Gio Bernard out again, Mixon should command all the usage again in the Cincinnati backfield.

Don’t forget about Yeldon this week, as he seems to keep going under the radar despite good matchups an high usage. With his backup now out as well, don’t get fooled by the Jamaal Charles pickup. Yeldon is going to see most if not all of the usage in the Jaguar’s backfield.  Yeldon sneakily is one of the better pass catching running backs in the league, so he is extremely safe in cash games.  I don’t love him in tournaments, his upside is kind of limited in this slow matchup, but in cash games, he is an excellent, safe option.

You know the conundrum by now. Hyper efficient wide receiver who crushes in air yards and all other metrics, but literally is allergic to the end zone. That’s the only reason we get Julio at this reasonable of a price against the Bucs pass defense with an over under this high. At some point, regression has to hit, and Julio is going to erupt and finally get in the end zone once, if not more times. I am predicting this is the week. The Bucs pass defense is as bad as it gets, and Julio has a history of torching better Buc’s defenses. Julio is the first person in my lineup this week.

This play is entirely dependent on the health of Brandin Cooks and Cooper Kupp. Both suffered concussions last week, so they are currently Questionable for this week. If both were to miss the game, Reynolds would step in to the starting wide receiver role and should be able to garner enough targets to pay off his cheap price tag. With a player this cheap available to us, we can fit some of our higher priced studs we are looking for.

Tight end has been a debacle all year, but there are several I like this week. Cameron Brate of the Bucs looks good if OJ Howard is ruled out, and Vance McDonald on Pittsburgh should have a nice bounce back opportunity.  David Njoku has seen a big usage increase since Baker Mayfield was installed as the Quarterback, and Eric Ebron is seeing massive usage with TY Hilton and Jack Doyle out, so despite his elevated price tag, he is still in play.

On defense, there’s not a lot of great matchups this week. I’ll be looking to spend down this week. The Seahawks, in London, get Derek Carr and the atrocious Raiders. At $2600 they should be usable.  Another cheap team off the radar are the Bills.  Against a boring, plodding team like the Titans, I like the Bills to keep the points down, and provide a solid floor at almost t