Seven People Have Been Charged With The Murder Of Diego Maradona 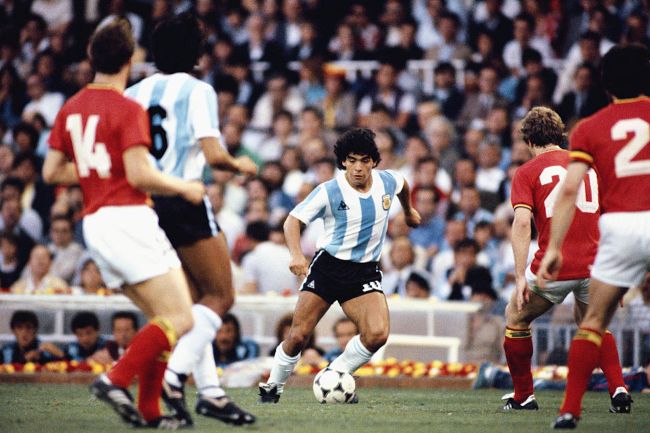 In November, iconic Argentinian soccer player Diego Maradona passed away at the age of 60-years-old after suffering a heart attack. Now, six months after Maradona’s passing, seven medical professionals have been charged with premeditated for their role in his passing.

Among those charged are Leopoldo Luque, the neurosurgeon who brain surgery on Maradona two weeks before his death, and psychiatrist Agustina Cosachov. Five other nurses and doctors — Ricardo Omar Almiron, Dahiana Gisela Madrid, Mariano Perroni, Nancy Forlini — have also been charged.

Audio of private conversations between doctors and people from Maradona’s entourage were leaked to the media and have indicated that Maradona was not being properly looked after prior to his death.

Maradona’s family has demanded justice and holds Luque among those responsible for his death. The prosecutors’ office appointed a medical board to determine if there was evidence of culpable homicide from Maradona’s medical team.

The board revealed in a report that the medical team who attended Maradona prior to his death acted in an “inappropriate, deficient and reckless manner” and left him “to his own devices.” [via ESPN]

If found guilty, the accused face eight to 25 years in prison. The trial will begin on May 31.

Maradona, who played for Boca Juniors, Barcelona, Napoli, and Sevilla during his professional career, is widely considered to be one of, if not the greatest soccer players of all time. Maradona’s career was as polarizing as it was successful, which is perhaps best epitomized by the two goals he scored in the 1986 World Cup semi-final against England, a game that Argentina won by a score of 2-1.

The first, known as the “Hand of God”, saw Maradona use his left fist to punch the ball into the net, giving Argentina the 1-0 lead over the English.

RELATED: Even The Hopes Of Millions Couldn’t Outweigh The Demons That Diego Maradona Carried

After the victory, Maradona claimed that the goal was scored “a little with his head, and a little with the hand of God”, hence the moniker.

Then, just four minutes later, Maradona scored what’s regarded as the “Goal of the Century” as he weaved his way through the entire England defense to give the Argentinians a 2-0 lead. While England would later claw one back through Gary Lineker in the 89th minute, it wouldn’t prove to be enough as Argentina would go on to win the World Cup.