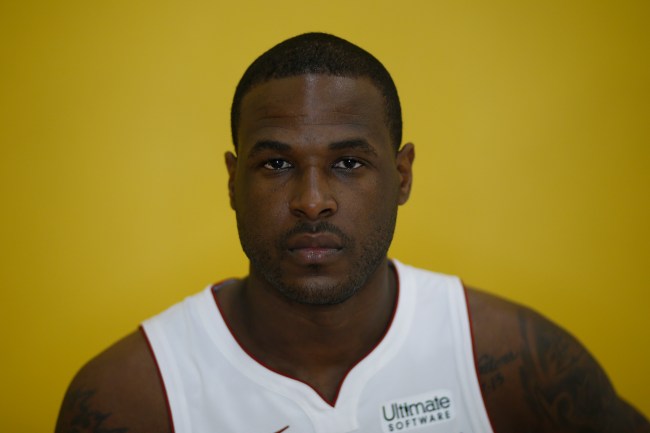 Of all the mindfuckery 2020 has played on us, Dion Waiters, NBA Champion may be in the top 20% of the inconceivable happenings of the calendar year.

Just one year ago, Dion Waiters, then a player for the Miami Heat, became the laughing stock of the NBA after overdosing on weed gummies on a team flight from Phoenix to L.A., passing out, and then having a seizure upon landing.

Waiters was subsequently suspended 10 games by the Heat organization and just one month later the former number 4 pick of the 2012 Draft was suspended another six games for straight relaxing on a boat when he told his employer he was sick.

In his nightmarish end in Miami, Waiters paid back $1.4 million in fines and his three total suspensions matched his games played total for 2019.

Fast forward to October 12 of this year, the 29-year-old achieved what Barkley, Malone, Iverson, Ewing, and many other greats haven’t: winning an NBA title.

Waiters played just in just seven games with the Lakers, 38 total playoff minutes, 25 of which came in garbage time. While he averaged a solid 11.4 points, his defensive deficiencies kept him from playing significant minutes with the world champions.

The 29-year-old Waiters is currently without a gig at the moment, and in a recent Instagram live video, he showed off his 17 purple amethyst stone championship ring with the same enthusiasm I did when my grandmother sewed me mittens for the ninth straight Christmas.

“They think I’m playing,” he said. “I been contemplating it though, about retiring. It’s the politics for me. Game-wise, we know what’s up. I just can’t do the politics, man. We ain’t going over that water. I’ll retire before that.”

If that’s the decision Dion decides to make, he should be okay financially, hauling in nearly $68 million in salary alone in his nine NBA seasons.

Plus a couple hundred grand more if he decides to pawn that ring he seems less than thrilled about.